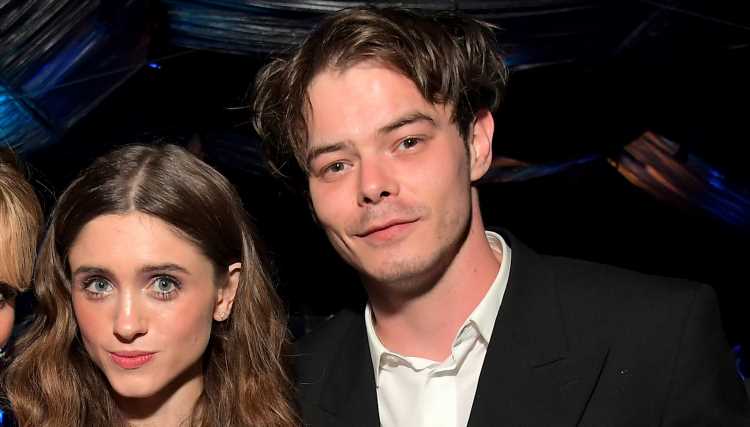 Natalia Dyer and Charlie Heaton pose for a photo while attending the season three premiere of their Netflix series Stranger Things on Friday (June 28) in Santa Monica, Calif.

The co-stars and real-life couple were matching in the same designer… Dior!

The third season of Stranger Things premieres on Netflix on July 4. See what the rest of the young cast wore to the premiere!