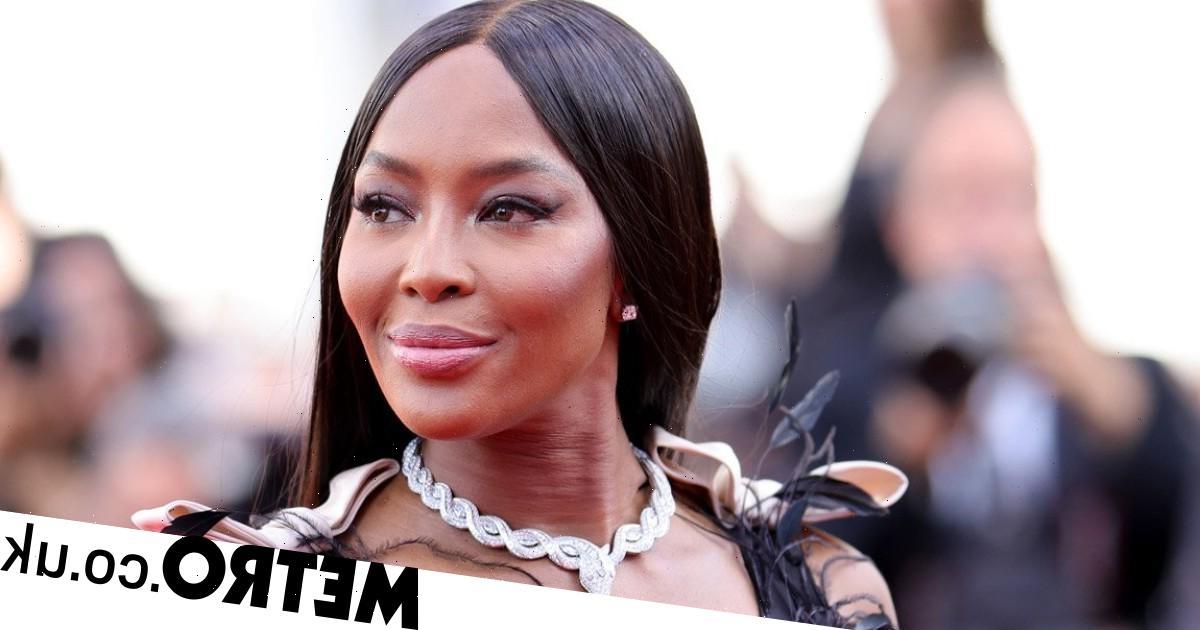 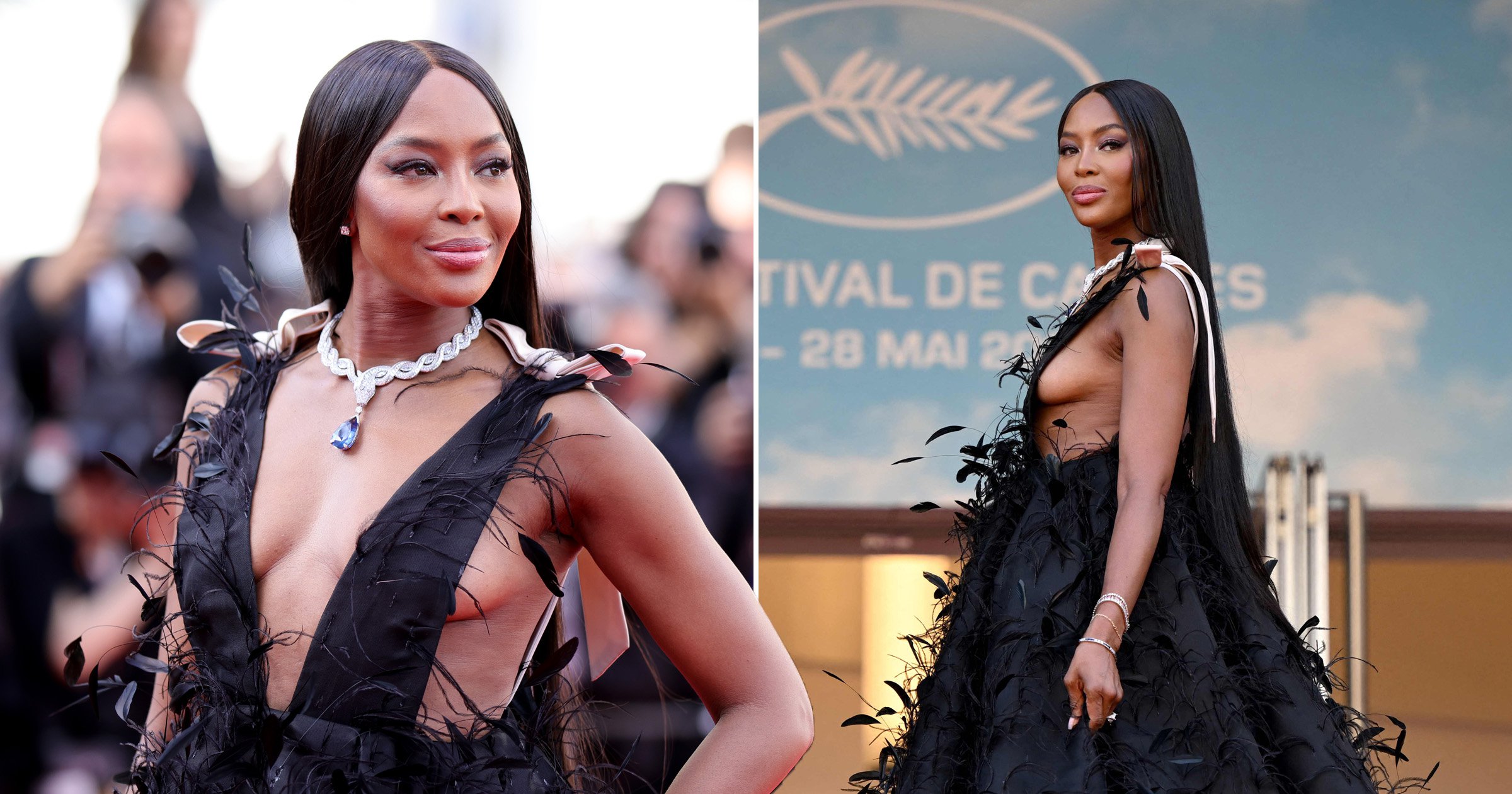 Naomi Campbell cut a glamorous figure on the red carpet in Cannes hours after being spotted on mummy duties with her baby girl.

The supermodel looked typically striking in a black feathered gown, with white bow details on the shoulder, as she posed for photographers.

She was at the screening of Decision To Leave (Heojil Kyolshim) during the 75th annual Cannes Film Festival at Palais des Festivals on Monday.

Her gown, which was from the Valentino Haute Couture Spring/Summer ’22 collection, also featured a voluminous full skirt.

The 51-year-old star teamed the stand-out look with a pair of black heels, a diamond necklace and matching silver bracelets.

Naomi rocked her signature long, straight hairdo and makeup with a nude lip.

Earlier in the day, she was spotted cradling her baby daughter while out and about in the French town.

She was dressed stylishly casual in a blue patterned maxi dress, sunglasses and Nike high top trainers as she held the little one, whose name she is yet to share publicly.

Her daughter was dressed in a white, sleeveless playsuit with shorts.

Naomi, welcomed the tot in May, 2021, and made a rare appearance with the little one as they arrived at Cannes exclusive Hotel du Cap Eden-Roc hotel.

Although she has remained tight-lipped since her arrival, the fashion icon opened up about her daughter in a recent interview with Vogue.

‘She wasn’t adopted – she’s my child,’ she told the publication.

“I can count on one hand the number of people who knew that I was having her. But she is the biggest blessing I could ever imagine.