Sophie Wessex gets emotional as she discusses Prince Philip

Naga Munchetty, 46, took to Twitter to urge social media users to “be kind”, after the BBC Breakfast presenter opened up about the loss of a loved one. It comes after the Radio 5 Live broadcaster shared details of her tear-jerking interview with Sophie, Countess of Wessex, who admitted Prince Philip’s death has left a “giant-sized hole” in the Royal Family.

In a candid interview, Sophie spoke openly about the death of her father-in-law, the Duke of Edinburgh, who died in April at the age of 99.

The 56-year-old said she expected the family would take longer to grieve because of the pandemic.

Taking to the micro-blogging site, Naga retweeted an article that addressed her interview with the royal.

It read: “Sophie, Countess of Wessex, weeps as she remembers Prince Philip.”

The Breakfast presenter then shared a heartbreaking post, in view of her 257,000 followers.

Naga penned: “For those who have grieved and are still grieving. It is heartbreaking to lose a loved one, whoever you are. x #BeKind.”

Social media users reacted to the message, as one wrote: “You never stop grieving for a loved one Naga but as time goes by you learn to live with it. Take care x.”

“What a lovely lady. I get the impression that she is the one holding things together at the moment,” another commented. 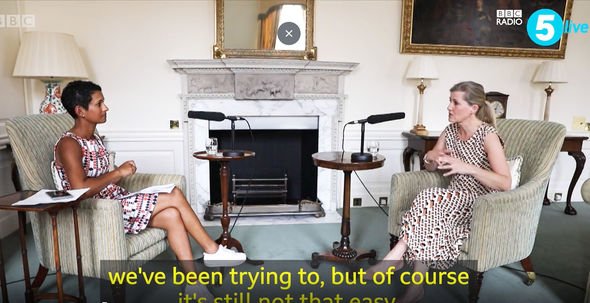 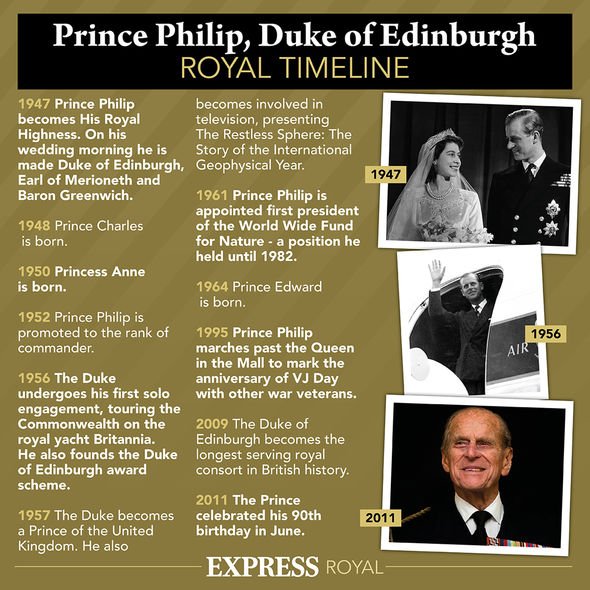 A third added: “Even when grieving is done, done ‘well’, over 50 years done, still just occasionally something unexpectedly brings a tear to the eye: like this thoughtful spot-on tweet.”

Sophie, who is married to the Queen’s youngest son, Prince Edward – the Earl of Wessex, is a full-time working member of the Royal Family and until recently has been one of the more low-profile members.

In the emotional interview recorded two months after the death of Prince Philip, the Countess of Wessex became teary-eyed.

Addressing their loss, Sophie spoke with Naga as she fought to hold back the tears.

“It’s only when you would do the normal things that you would have done with them, and you suddenly realise that they are not there, that you really start to have an ‘oh my goodness’ moment,” Sophie explained.

“Just talking to you now, it’s a bit of an ‘oh my goodness’ moment.”

The Countess of Wessex also addressed her elevated profile since the departure of Prince Harry and Meghan Markle to the US.

Sophie remarked: “There is increased interest in us as a family but, if it raises more awareness of the issues I care about, then that can only be a good thing.”

At the time of Prince Philip’s death, Buckingham Palace issued a statement confirming the sad news.

“It is with deep sorrow that Her Majesty The Queen announces the death of her beloved husband,” the Palace said.

The Duke of Edinburgh, the longest-serving royal consort in British history, was at the Queen’s side for more than her six decades of reign.