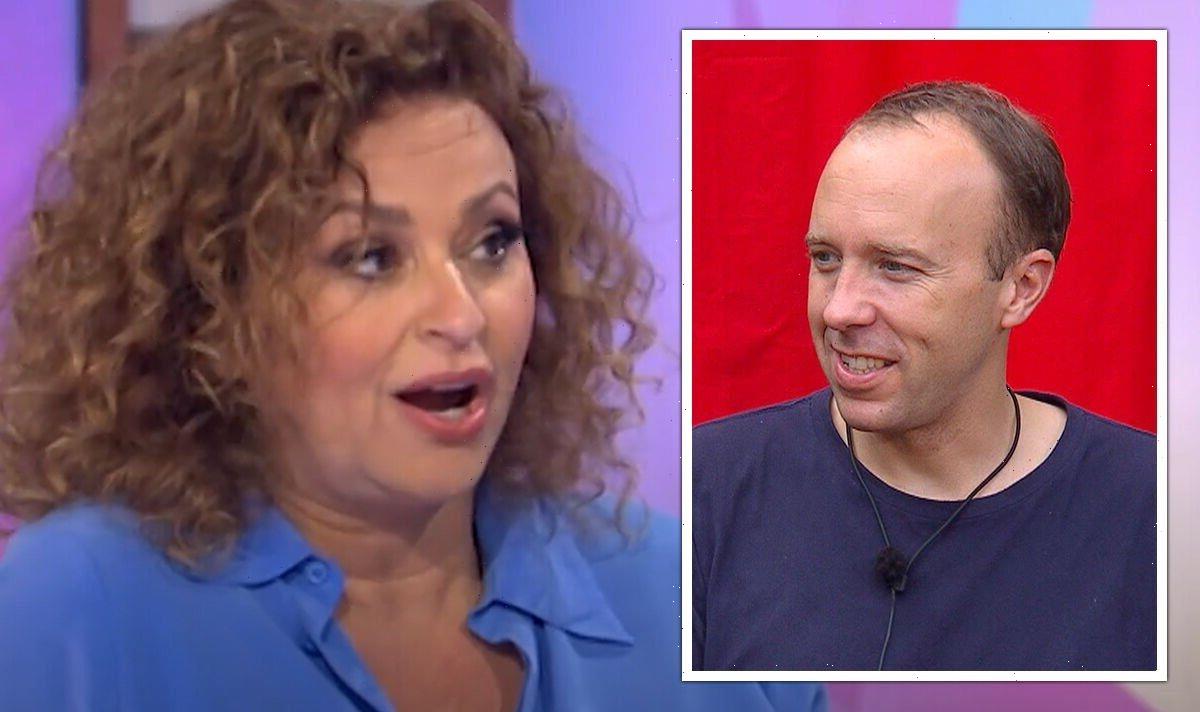 Strictly: Nadia Sawalha says she was annoyed at Claudia Winkleman

Nadia Sawalha, 58, couldn’t bare the anxiety of watching Matt Hancock get worryingly close to winning I’m A Celebrity…Get Me Out Of Here! To help distract herself, the media personality started grooming her dog, much to the confusion of her husband.

Unfortunately for the presenter, this meant she also had to catch every moment of the nailbiting I’m A Celebrity final, with MP Matt Hancock, Lioness Jill Scott and actor Owen Warner all in the running for the crown.

Nadia admitted she was really worried when Matt made it into the final three and had to put her nerves to work elsewhere.

She shared: “I actually started grooming my dog so I could only watch it with a quarter of an eye.

“My husband was like ‘Are you not going to watch it?’

The YouTuber explained that grooming her dog is “very intense” and required most of her attention, leaving her with little brain space to be anxious about the MP.

However, once Matt was voted out leaving just Jill and Owen in the competition, Nadia hastily returned to the couch.

She was over the moon with the final two, saying they were “the two people that were from day one the gorgeous, deeply nice, unaffected, humble people.

“Thank god,” the  Loose Women presenter said as she admitted she can rarely sit still and just watch a show in the first place.

Nadia recently revealed her ADHD diagnosis, which has “been so amazing” as she realises more and more of her oddities are just part of her neurodivergence.

She recalled being berated for needing multiple stimulants at any time in her life.

“If I don’t have noise on all the time I can’t concentrate at all.

“I have to have brown noise and it’s just been so amazing discovering that that is part of ADHD.”

Having been diagnosed at the age of 58, Nadia revealed that she had been living with the disorder since childhood.

Speaking on Loose Women in November, she said she originally feared she had early onset dementia, but changed her perspective when her husband Mark Adderley was diagnosed.

Before getting diagnosed, Nadia’s concentration issues had become so bad she had even stopped driving.

She has since reportedly started medication treatments for her neurodivergence and has been thriving in her new mindscape.

However, she admitted to Express.co.uk: “I’m a bit on the pink cloud of discovery and I’m sure I’ll hit the ground at some point.”