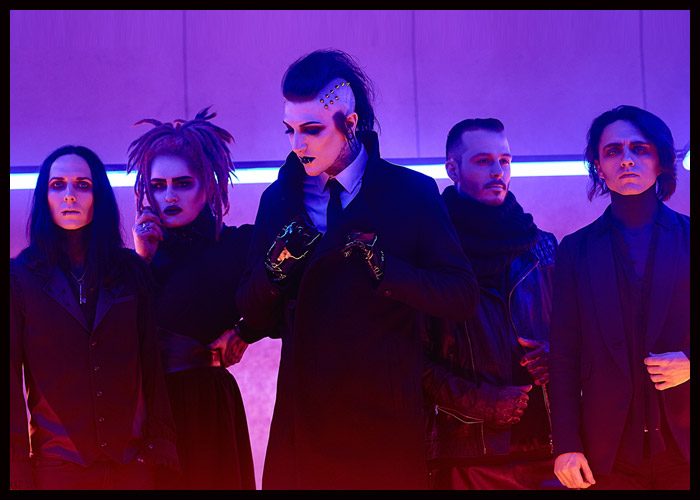 Motionless In White frontman Chris Motionless discussed the band’s experience of touring with Alice Cooper in a recent interview.

Motionless told Oklahoma City radio station Rock 100.5 The KATT that the most awkward moment for them was performing the first two or three shows in front of a crowd that was not very familiar with their music.

At the same time, Motionless praised the band’s “diehard fans” for their support, adding, “And they’re getting a great show from Halestorm and Alice Cooper along with it.”

MIW wrapped up their support of Cooper on the summer tour with a show in Camden, New Jersey, on Friday.

Later, the band’s The Trick ‘r Treat U.S. headlining tour will kick off on September 27 at the Louder Than Life Festival at Louisville, Kentucky.