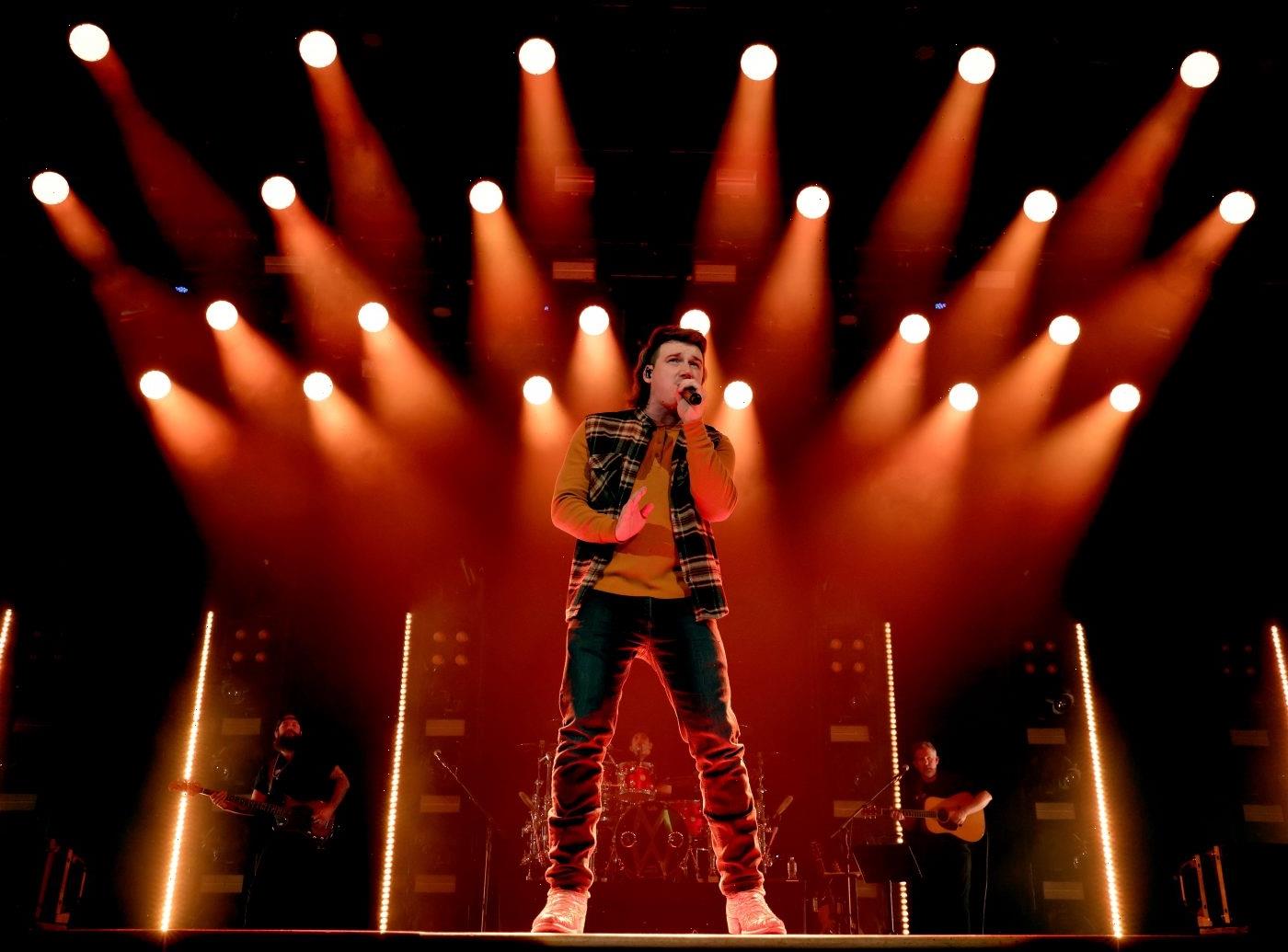 Penance as spectacle is nothing new. Recall the ancient Greeks, who, in times of calendrical disaster, would torment a human sacrifice, a pharmakós, to bring about purification to the wider community; think of the struggle sessions of China’s Cultural Revolution, in which victims were forced to plea their guilt as they were beaten on the street — a perhaps uneasy parallel to the contemporary roil of cancel culture — or ask any celebrity who has ever made a faux pas and had to take their spin on the public forgiveness circuit.

There is something different going on today with Morgan Wallen, the country singer who committed a series of odd gaffes over the span of his career before, this February, being caught on camera yelling the n-word. Cue swift public condemnation from any record labels, booking agents, and other money-making groups with ties to Wallen. Roll the tape of theatrical apologia: A week after the incident, Wallen posted an emotive video saying he had been on “hour 72 of a 72-hour bender” when he shouted the racial slur and wanted to “fully accept any penalties I’m facing.” But Wallen’s offense, hot off the heels of a year of grievous racist violence committed, by and large, by white men, proved too seismic to gloss over. It was shocking, on its own, and also emblematic of an uncomfortably visible national crisis. The music industry cast him out. Awards shows, executives, music critics, fellow artists, and all the other usual suspects involved in the making and boosting of a star gave him radio silence — literally, in the case of stations that refused to hand him airplay.

But under the veneer? Wallen became the Number One artist in America. Fervent fans alone got him there. After millions watched and rewatched Wallen bellow “n—” out in public, his latest album Dangerous: The Double Album suddenly zoomed to the top of music charts, and then again, and again for nearly a dozen straight weeks. Per mid-year U.S. music figures released today (July 13th) from MRC Data, the data supplier for the Billboard 200 and Hot 100, Dangerous is far and away the biggest album of 2021 so far: It has netted 241,000 album sales and 2.3 billion audio streams, blowing out of the water any of the runner-ups. Olivia Rodrigo’s second-place album, Sour, stands at 146,000 album sales and 1.5 billion streams; in third, Justin Bieber’s Justice notches 72,000 album sales and 1 billion streams. By album-equivalent consumption — MRC and Billboard use a formula of equivalency to fuse together sales and streams — Wallen’s Dangerous stands at 2.1 million while Rodrigo’s Sour clocks in at only 1.3 million, or just over half.

And yet it is Rodrigo whose immediate hagiography has been splashed across eager headlines in 2021 declaring the artist of the year, the album of the summer, the star of our times. It is Rodrigo who graces magazine covers, Spotify banners, headlines, enthusiastic PR pitches; MRC Data’s own press release announcing the mid-year report chooses to center Rodrigo as the winner of the biannual game for her song “Drivers License” being the most-consumed single, and it is not until page 19 of the report that the authors mention, that by the way, Wallen had the most popular album of January to present.

There’s a lot to which all this — the refusal to give Wallen the recognition he actually achieved, documented in paper but not in name — points. For one thing, it’s a blunt reminder that in the streaming era, it doesn’t actually take a cavalcade of gatekeepers and power players and cash-flush supporters to take an artist to Number One; it only takes a lot of very interested listeners. The Curious Case of Wallen also highlights just how specious the music business’s post-George-Floyd histrionic pledges to take racism seriously are. Major organizations vilified Wallen in public statements. Privately, though, as Wallen’s popularity ballooned — through the scrim of his newfound position to sympathizers as as a political martyr and hot-take lightning rod — they cherished him. His labels lightly slapped him on the wrist with a “suspension,” but only nominally, as they continued happily selling and distributing his music. Days after the video debacle, executives doused Wallen’s album with celebratory virtual champagne on their personal Instagram accounts. By rough calculation using average per-album, per-download, and per-stream royalty metrics, Dangerous has raked in $5.6 million.

Of course, the most stark lesson of Wallen’s succès de scandale is not about Wallen at all. It’s that entire industries — mine not excepted — are willing to forge on in total blindness. Who are the people who bought 241,000 of Wallen’s albums and streamed him 2.3 billion times? Deny it and it just won’t matter, says today’s prevailing political leitmotif. There’s a certain and weird Trumpian evocation to seeing Wallen’s winning numbers laid out in raw form, reminiscent of the 2016 election in which a largely liberal media refused to reckon with an oppositional candidate reeling in 50 percent of the country’s voters because his actions were so unappealing, so dismissible, and then found itself stunned at the final tally. Wallen is not a dysmorphic product of a toxic genre or niche fanbase growing like fungus in the armpit of some much healthier and more noble thing. He’s America. America loves him. Nobody wants to say it. Pop stars have rabid teen fans who will loop albums every night while they sleep to help boost the chart positions of their targets of adoration, yet it’s an unwieldy n-word-toting embattled singer in country music (a genre which, by the way, had been steadily ceding market share to pop and rap before Wallen’s Number One) who has made the biggest album of the year thus far.

Worth mentioning is that other albums on MRC’s mid-year chart also had some degree of artistic controversy: Rodrigo’s LP centered around her falling-out with two fellow Disney celebrities; Bieber’s bewilderingly sampled Martin Luther King Jr. speeches; The Weeknd’s was shut out of this year’s Grammy nominations, leading to a public feud between the artist and the Recording Academy. But compared to Wallen’s, these “scandals” are surface-level, gossipy, or playfully self-conscious, and thus palatable.

The undeniable but unacceptable truth of Wallen’s success has been a specter looming over the entire season of music. At country’s ACM Awards this spring, producers reportedly mandated that Wallen could not be mentioned at any point during the broadcast. Even the Billboard Music Awards, a ceremony that chooses winners from chart positions deriving from precisely MRC Data’s sales and streaming figures, awkwardly wrote Wallen out of existence when its producers acknowledged that the singer met the criteria to be a finalist but was not allowed to perform at, present at, or attend the show because his “recent conduct does not align with our core values.” (In other words, the numbers crowned him a winner, but the overlords of the numbers rejected the numbers.)

In her 2017 Paris Review essay “What Do We Do With the Art of Monstrous Men?”, published in the eye of the #MeToo movement, Claire Dederer asks if we ought to draw a line between problematic artists living and dead — whether there is a more fraught implication in streaming the films of, say, Woody Allen, because he stands to benefit financially from it — but notes that, ultimately, it is a futile question, because we’ve silently and collectively agreed that the “behavioral hall pass” afforded by our public denouncement of unseemly artists is acceptable enough to mask whatever anyone’s true feelings may be toward them. We are free to love whoever we want, as long as we announce to the world that they are despicable. This time around, it’s not only individuals complicit in this kind of dancing pretense, but massive corporate entities, which have sprinted toward the easy out. What elephant in the room, they say; what’s an elephant, anyway? Wallen is a recurring American problem whose slate of solutions keeps getting more quiet and feeble.