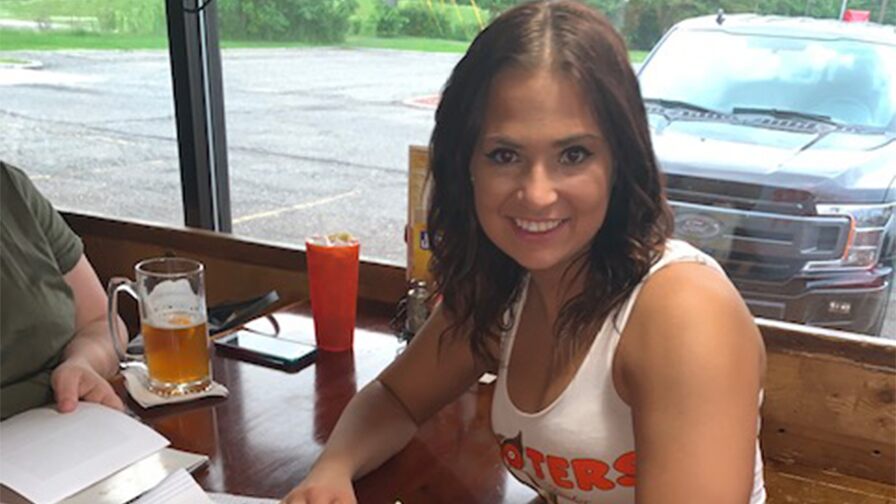 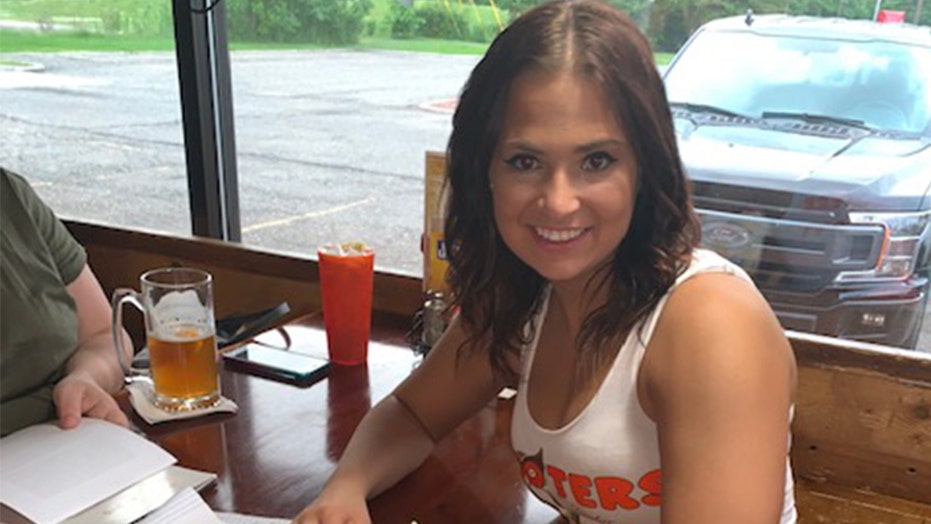 Larkyn Dasch signed her first professional contract as an MMA fighter while working a double shift at Hooters.

The 22-year-old from Hillsdale, Mich., made her debut against Valerie Loureda at Bellator 222 in June of this year. She was not victorious, but that didn't stop her from requesting a rematch right after the bout.

While Dasch said she’s happily pursuing her MMA dreams, she has raised some eyebrows along the way. Some critics claimed her gig at Hooters is nothing more than a publicity stunt. Dasch was photographed signing her bout agreement while wearing her waitress uniform. Still, Dasch insisted it’s far from the truth and instead, she has been working to save money to visit her family.

Dasch spoke to Fox News about working at Hooters, how MMA fighting drew her in and why she’s eager for a rematch.

Fox News: Some critics have claimed you joined Hooters as a publicity stunt. What’s your take on this?
Larkyn Dasch: I had no intention of my career taking off this quickly. Obviously, I was working because I needed extra money. My career wasn’t giving me enough money from just fighting. I am a ring girl for MMA as well. Ring girls do work other jobs, like Hooters. And it just felt like a natural next step for me. Especially to work somewhere close that would fit my training schedule — that’s hard to find. It just worked out.

Fox News: Before Bellator 222 this year, what made you work for Hooters specifically?
Dasch: I learned about Hooters through my manager, who knew the manager of one Hooters. I was told she would take care of me and I could still train without worrying about work. I was told she would be really good to work with because she knew about my busy schedule. That’s why I went with them. I started back this spring. I just moved up to Detroit in January. This is the first normal job per se I had since moving to Detroit.

I’m from Hillsdale, Michigan, which is out in the middle of nowhere *laughs*. It’s a farming town. I had never considered working at Hooters, but I must admit, I really enjoyed it when I started. And other people I knew who worked there enjoyed it too. I just thought there was no reason for me not to like it. And personally, I love talking to people, making conversation — which is a big thing they look for at Hooters. So that alone made me feel like I would be a good fit.

Fox News: How was it wearing their iconic uniform for the first time?
Dasch: It was awesome. I love it. I feel the uniforms are very form-fitting and make you look really good. And I’ve been getting in shape, training and all. I feel good about myself and the training I've done.

Fox News: What are some misconceptions you feel people still have about the women who work at the restaurant chain?
Dasch: I think a lot of people assume these girls are very basic and don’t do anything else. Or that they’re party girls. But in my experience, most of the girls, at least in my Hooters, are either in college or have a main job or career and this happens to be their side job. Some are just out of high school and this is their first job. They’re really good girls with goals, dreams, visions. They just happen to be working at Hooters. And it’s a stepping stone to achieve those goals.

Fox News: What drew you to MMA?
Dasch: I became involved in it because I was super athletic in high school. I didn’t play college sports, but I wanted to stay in shape. I got involved in MMA because I just thought it would be a great way to stay in shape. And it just came naturally to me. And I had been a farm girl so I wanted to do something like wrestling or just anything along those lines. I discovered MMA and I just kept doing it. I started around 2015.

Fox News: How do you balance both roles?
Dasch: Working at Hooters is awesome for me because all of the training is super high intensity. You’re in a different mentality. So it’s nice to be able to put on that Hooters uniform and talk to people, put makeup on, do my hair. It actually adds balance to my life. I have the intense part and then the light-hearted part.

Fox News: What’s your relationship like with the other waitresses?
Dasch: I really like them. I do keep myself super busy with MMA but they have always been very sweet to me. If I needed anything, they’re always willing to provide a helping hand and they’re super understanding about my situation. They’ve always accepted me really.

Fox News: How was it fighting in Madison Square Garden?
Dasch: For me, it’s not about the venue, it’s about the fight… If your mind is more like, "Oh my God, I’m fighting in Madison Square Garden, I can’t lose here, I have to be the perfect fighter," then you’re never going to perform at your best because all you’re thinking is the negative and what could go wrong. I just practiced as much as I could with a 10-day notice and got ready. I didn’t let myself think about where it was until after the fight.

Fox News: It’s been said you want a rematch. Is this true?
Dasch: That is true. In the interview after the fight, I asked for a rematch. Because although she didn’t know who she was fighting, she had been training back in May for this particular date. I had 10 days notice. So I haven’t been working as much as I would have liked.

I lost in decision. I was an underdog so I had a less likely chance of winning if it went to decision. Obviously, I felt it was a win in my book because I learned so much from the experience. I was able to get myself out there and raise awareness of myself. It was a loss, but some of the best fighters in the world have taken losses too. They learn from it and get better because of that. I felt it was only positive for my career.

Fox News: Are you still working at Hooters?
Dasch: I am. South of Detroit. It’s been amazing. Everyone has been super supportive of my career. Even customers at the restaurant, when they learn I’m a fighter, sometimes they’ll tip me extra *laughs*. And I’m able to train on my days off. So it works out perfectly.

[As for bruises] I’ve never had a bad injury. The worst I’ve had is a little bit of a black eye. But my roommate is really savvy in makeup. So she was able to cover it up and make it look normal *laughs*. It’s something that could happen. It comes with the territory. But I’m not worried about that when it comes to fighting. There’s always makeup to help.

Fox News: What are some fun facts our readers should know about you?
Dasch: In my family, we fish for bass in our pond. I spend a lot of time in the country with my family. I help out with the sheep because we are on a working farm. I’m super into cars and racing. I have a built Pontiac G8. I also hunt. I grew up hunting deer and I go out every fall. I enjoy looking nice *laughs* but I enjoy having some fun too.