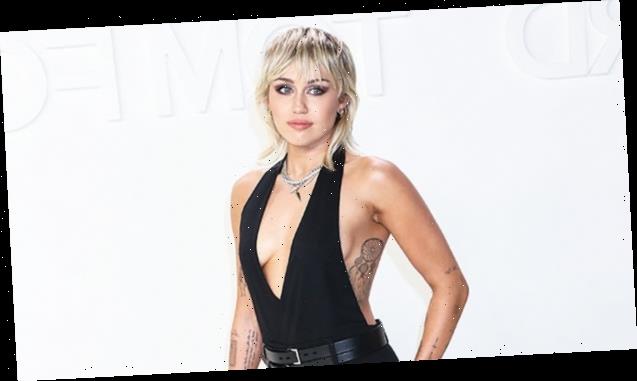 Miley Cyrus shared a pair of fresh-faced selfies to Instagram and you’ve got to see her gorgeous clear complexion! The singer is pictured lounging in a tiny band tee with her arm and rib tattoos on full display.

Miley Cyrus has mastered the art of the makeup free selfie. Also, it doesn’t hurt that she’s absolutely stunning! The Grammy-nominated singer, 28, recently took to Instagram Stories to show off her glowing skin in two, new selfies. Miley, who appeared to have on nothing but a low-cut tank, posed with her hand in her lap in one shot, and then with the same hand on her head in the second photo.

The caption-less snaps unveiled Miley’s dreamcatcher tattoo on her right ribcage, as well as her various black and white arm tattoos. She was pictured lounging on a fur blanket and grey sheets, presumably in bed. It’s likely that her new pup, Angel was cuddled up nearby. On February 21, Miley shared that she adopted the pit pull and explained in a lengthy caption that she chose the name as a tribute to Mary Jane, her dog who passed away nearly two months ago.

The “Prisoner” singer’s latest uploads join her recent batch of stunning selfies that she’s been sharing to social media. On February 20, Miley gave fans a glimpse at her self-care routine in a sultry bathtub selfie. She covered her breasts with her hands in the photo, while she laid in the tub with mask treatment on her face. 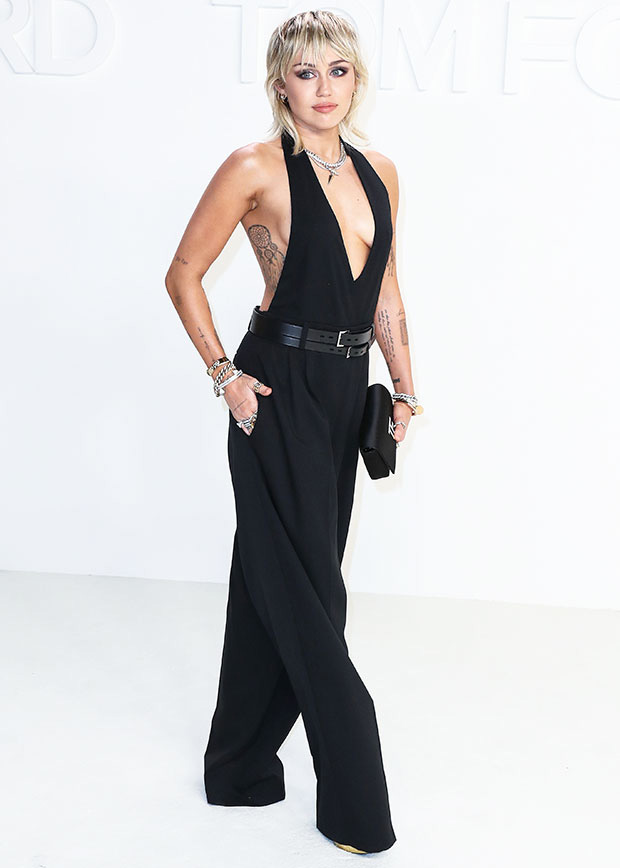 We’re glad Miley’s been able to squeeze in some R&R amid her busy schedule. The singer is fresh off her electric pre-game performance at Super Bowl LV, where she headlined the first-ever “TikTok Tailgate” — a concert event for 7,500 vaccinated health care workers, all of which were selected by the 32 NFL teams from their very own communities.

It’s an exciting time for Miley, whose latest album Plastic Hearts is currently the No. 1 rock record in the country. She celebrated the major milestone in a post on Instagram, alongside a photo of herself rocking a green fur vest in front of Star Nails Spa. “You did it again! Plastic Hearts has spent 6 weeks as the #1 rock album in the country,” Miley wrote in the caption of her post, which was shared on January 20.