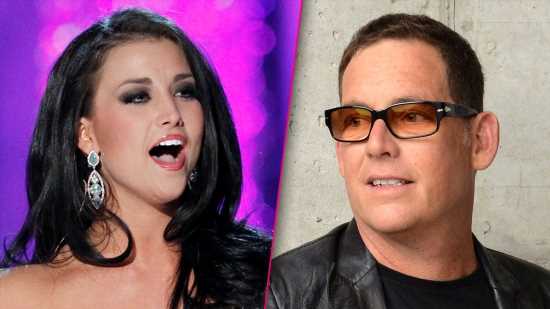 The pregnant wife of The Bachelor producer, Mike Fleiss, claims she suffered prior instances of abuse at the hands of her husband, according to court documents exclusively obtained by RadarOnline.com.

In her petition for an emergency restraining order filed on July 16, Laura Kaeppeler claimed Fleiss “made many emotionally derogatory and demeaning comments designed to demonstrate his financial coercive control over me such as repeatedly insinuating that he would destroy me with his wealth and power.”

Kaeppeler, who is pregnant with their second child, filed the petition 10 days after she claimed Fleiss attacked her at their home in Hawaii.

Fleiss has since responded and claims it was actually his wife who attacked him.

In her petition, Kaeppeler, a former Miss America, claimed the continued verbal and emotional abuse she suffered under her husband often happened in front of her mother, their friends, and their four-year old son, Ben. She claims the successful television producer often told her she was “lazy and incapable” and would end up “fat and single in Kenosha, Wisconsin.”

Kaeppeler claimed that one of the instances of abuse was on April 2018 when she and Fleiss went to the posh Nobu restaurant in Malibu, she discovered text messages that Fleiss allegedly sent to another woman.

“While I was using Mike’s cellphone, I saw some flirtatious text messages between Mike and a female friend,” Kaeppeler said in the affidavit. “I handed him his phone back with those text messages open on his phone, so he knew I had seen them, Mike went ballistic. He screamed and cursed at me the entire ride home while we were in the Uber. When we got home, he continued to criticize me and call me names both that night and the next day, all in the presence of my mother. The day after our dinner at Nobu, he told me that he was calling his attorney to file for divorce, and that I needed to ‘go back’ to Wisconsin with my mother- but without Ben. I was traumatized, both because of the degrading names Mike was calling me, and because of his continuous threats to divorce me and make me go back to Wisconsin. It was also emotionally humiliating that this took place in front of my mother.”

Kaeppeler alleged Fleiss violently attacked her and left various bruises on her body after he confronted her about not getting an abortion.

Fleiss said it was actually his wife who initiated the attack, and included in his response declaration the various text messages Kaeppeler allegedly sent to him apologizing for her behavior.

Fleiss said Kaeppeler also took off with their son and he is afraid for Ben’s safety.