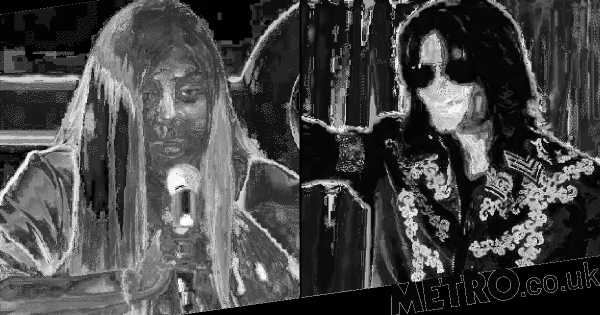 Michael Jackson’s former publicist hosted a surprise conference on Thursday to announce a legacy foundation in the late musician’s name.

Raymone Bain worked for Jackson for eight years before his death in June 2009 at the age 50.

In a lengthy address to reporters, Raymone announced the launch of the Michael Jackson Legacy Foundation to ‘preserve and defend his name while supporting the numerous organisations he supported in his life’.

She added: ‘He may no longer he will be with but we’re hoping through the foundation he’ll continue to live through us.

Addressing the Leaving Neverland documentary and the two accusers, Wade Robson and James Safechuck, Raymone added without mentioning their names: ‘I believe it was their goal to derail anything being planned in his honour. But guess what, they failed.’

She continued: ‘Child molestation and paedophilia are serious and unacceptable, sick, psychotic behaviour. I consider myself a strong advocate for children.’

However, Raymone went on to defend Jackson, saying: ‘Not only am I appalled that at the beginning of this special year, we were all confronted with a biased documentary.

‘If it were not Michael Jackson, would it be nominated for five Emmy Awards?

Raymone then slammed the inconsistency of one of Jackson’s accusers, and said ‘it doesn’t seem to matter’ that the singer was acquitted of child molestation in 2005.

‘Is this the order of the day now to wait until someone dies to destroy their image?’ she wondered.

‘That man, Michael Jackson has been a victim since his death. It’s time for it to stop. I believe that it’s morally, ethically and legally wrong. But how much blame should the very estate, whose job is to preserve and protect Michael’s legacy?

Earlier in the conference, Raymone took a moment to address Jackson’s family, including his mother, Katherine Jackson, and children Paris, Prince Michael Jr and Blanket.

The publicist said: ‘These last 10 years have been difficult. It has been a long hard and emotional road for many of us including Michael’s family and his mother Katherine.

‘I would like to acknowledge Katherine and the Jackson family who are celebrating 52 years in the entertainment industry. What a milestone.’

Raymone then claimed Jackson had wanted his daughter Paris to ‘carry on the work of his best friend Princess Diana’.

She said: ‘I would like to send a special message to Paris: ‘Like your father you have shown immense grace and class under fire. You’re beautiful, smart, articulate, you’re giving and the apple of your father’s eye.

‘Your father would speak to me for hours on the phone and how he would like you to step up and carry on his philanthropic work. He wanted you to be like his best friend Princess Diana.’

Raymone explained that she has chosen to remain silent over the past decade since Jackson’s death to ‘sit on the sidelines’.

Taking aim at the Michael Jackson Estate, the media advisor questioned the ‘direction’ and said they haven’t ‘preserved or protected’ his legacy ‘efficiently’.

Sharing an insight into her close relationship with the Thriller singer, Raymone said: ‘My relationship with Michael goes way back. In 1990 while on a trip to Atlanta, Georgia with Muhammed Ali, we met with President Jimmy Carter.

‘He called me from Germany to seek out advice on the baby dangling. He called me in a panic during one of the many raids on his Neverland Ranch. They were extremely traumatic to him. He called me from jail when he was being arraigned and after the interview he felt went awry.’

Raymone noted Jackson’s philanthropy throughout his lifetime which, she says included donating $300 million to various charities.