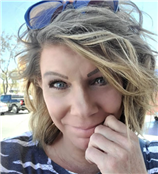 It’s a tradition to which many social media user look forward every week:

This is what Meri Brown has dubbed her typical, virtual sit-down with fans across the country, an event which prompts tremendous excitement from coast to coast.

It prompted a tremendous amount of concen instead.

The 51-year old appeared out of sorts, according to many who logged on, slurring her words and being difficult to understand.

“Happy Friday! We are here to entertain you!” said Meri to open the footage, adding ealy on: “Okay, a song just came to my mind.”

She then broke into a rendition of the track “Let Me Entertain You,” to the confusion of everyone on the other end of her computer.

“Just kidding,” Brown then told viewers, while looking distracted at something on her monitor.

This kind of erratic behavior led to a number of comments below the video, prior to Meri actually disabling this option for her online friends.

“She seems off, she’s literally slurring her words,” one person wrote, for example, while another chimed in as follows:

“What in the world? If she is not tipsy, then what is she doing acting like that?”

We have no idea what state Meri was in during this session, of course.

She’s of legal age. She’s safely at home. Why shouldn’t she have some fun and break out the boxed wine or something similar to it at the end of a week?

Especially when you stop to consider whom she’s married.

Meri has continually put on a very brave face amid ongoing marital tension, remarking in one social media post after another that she doesn’t need Kody Brown to be happy.

She’s her own woman and all that, you know?

At the same time, however, Meri made it evident on the Sister Wives Season 16 tell-all special that she would love to be romantic and/or intimate again with her spiritual house.

Despite Kody showing no interest whatsoever.

“I would love it if he would hold my hand.

“I have hope that he will [come back to full fellowship] and also if he never does then I’m going to create my own peace and happiness within the family relationships that I do have.

“This is my family.”

“My goal and my purpose and my point is to just be a better person.

“And to just look at the family because there’s value to that,” Meri said, emphasizing that she looks at the big picture any time she considers her so-called relationship with Kody.

“There is value to this family that we have created.”

Makes (some) sense to us.

Also makes sense why Meri may want a drink or two (dozen) on occasion.