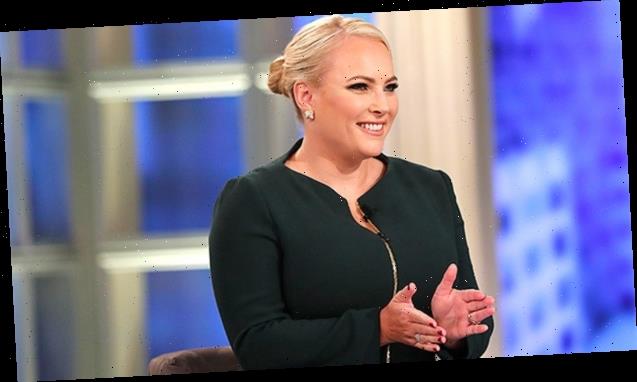 Meghan McCain came under fire for bemoaning ‘identity politics’ while arguing if Joe Biden should have an Asian-American in his cabinet.

Meghan McCain, once again, found her facing a backlash over something she said on The View. During the Mar. 24 episode, Meghan, 36, and the rest of the panel discussed how Senators Tammy Duckworth and Mazie Hirono demanded President Joe Biden appoint an Asian-American to his cabinet following the deadly attacks in Atlanta that left six Asian women dead. Meghan objected to the Senator’s calls, saying, “Cabinet positions in government are pinnacle. They’re the most important parts of our electoral process, and I truly believe the most qualified people should be holding places that do things like national security and infrastructure. Things that literally are the meat and potatoes that make the country great.”

“I believe what makes American exceptional is the fact that we’re a meritocracy, that you can be anything,” said Meghan, the daughter of the late Senator John McCain. “That you can come from anywhere and can go and have success in any capacity. And I think the question Democrats have to reconcile with right now is whether or not race and gender are important than qualification. So, if you have someone who is more qualified, who happens to be a White straight person, who is more – on paper – has more experience in whatever field that they’re been nominated for than a minority with less experience, are we now in a place where this matters?”

Meghan also then pointed her irritation at her employer. “Just to put a cap on this, The View is 25 years old next year. We’ve only had one Asian American host co-host this show,” she said, referencing Lisa Ling, who was on the show from 1999-2002.“So does that mean that one of us should be leaving because there’s not enough representation? Is identity politics more important than the qualifications for the job? And I think that’s a question going forward that the progressive left is going to have to reconcile.”

Meghan’s comments – and her argument that, as The Daily Beast put it, discounted the existence of systemic racism – were met by immediate condemnation, including by her co-hosts. “We would all love for this country to be a meritocracy,” said Sunny Hostin, right after Meghan’s comments. “As Joyce said, this country has longtime exalted and advanced White male mediocrity. And that’s why people are asking for representation. “It’s not about gender and race being more important than qualifications. It’s about the fact that they’re many qualified women and minority candidates that never get the opportunity because of the advancement of generally white male mediocrity.”

In addition to this, others mocked how The View seems to be ground zero for nepotism. “There have been more View co-hosts who are children of famous people than view co-hosts who are Asian. Does she really think that’s because there aren’t enough Asian people with the right qualifications?” tweeted CNN’s Abby Phillip. “is identity politics more important than the qualifications for the job?” asked the daughter of a united states senator who was, himself, the son of a navy admiral who for years lead the entire pacific command,” added user Rafi Schwartz.

Shortly after Meghan’s comments aired, Lindsey Boylan – the former Gov. Andrew Cuomo aide who accused him of sexual harassment – tweeted, “A lot to unpack here. All I’m going to say is @MeghanMcCain needs to read up on what identity politics actually is. Please.” Meghan responded, kicking off a back-and-forth between the two.

“Hi Lindsey, would love to have you come on @TheView to talk about this and also your accusations against Governor Cuomo. I believe the show has reached out already. I find real conversations much more impactful than keyboard politics behind a screen,” wrote Meghan. “We show respect for someone when we don’t change the topic to feature the abuse that they’ve suffered when they actually haven’t invited you to that conversation,” responded Lindsey. “Respectfully, I would love to talk to you in general about identity politics and have also remained horrified by all of the accusations from you against Governor Cuomo,” added Meghan.

This “identity politics” complaint from Meghan comes mere days after  John Oliver called her out for tweeting “Stop Asian Hate” despite once saying that she didn’t “have a problem” with Donald Trump referring to COVID-19 as “the China Virus.” When confronted with her hypocrisy – of demanding an end to racism when she herself supported racism – Meghan issued an apology. “There is no doubt Donald Trump’s racist rhetoric fueled many of these attacks, and I apologize for any past comments that aided that agenda.”