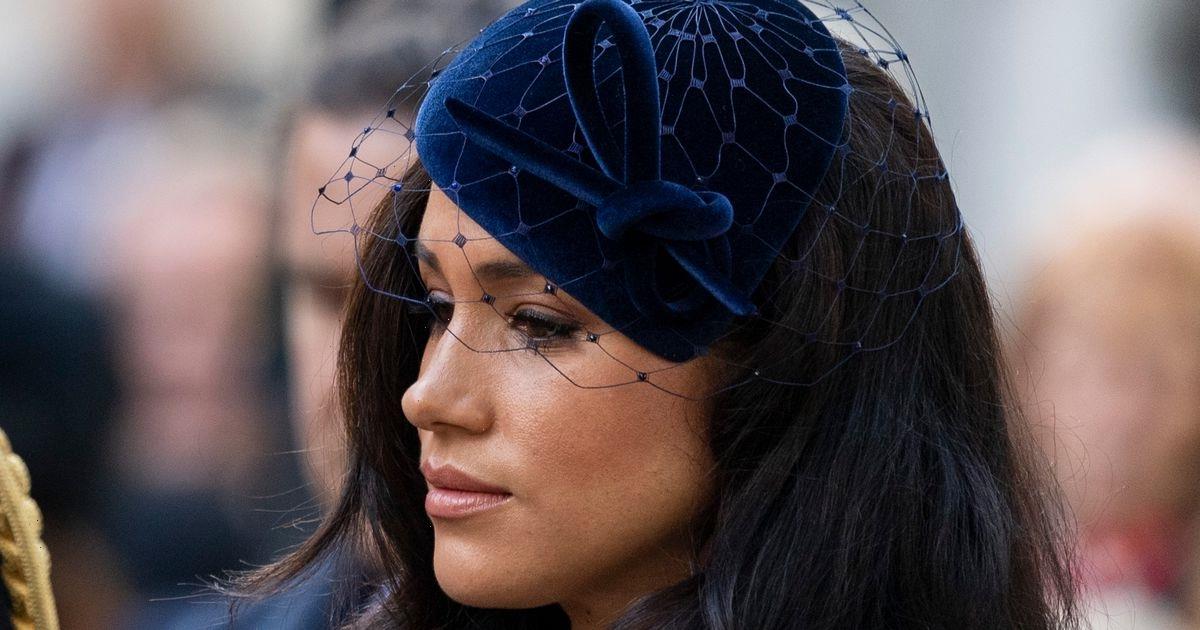 Her pregnancy meant Meghan Markle was unable to be at her husband's side on Saturday as he mourned Prince Philip.

Instead, the heavily pregnant Duchess of Sussex watched the ceremony in the same manner as millions of others – getting up early to live stream it at her home in California.

Meghan is likely to be joined by one-year-old Archie, the great-grandson of the Duke Of Edinburgh.

A source told The Sun: "Meghan will be able to watch the sombre proceedings through a special live stream with Archie."

But while she couldn't be present Meghan sent a special wreath to show her grief, in a touching tribute to her husband's family.

The gesture, announced by the BBC during live coverage, came after Prince Harry was forced to make the journey to the UK alone. While Meghan is said to have made it clear she wanted to join him, doctors told the couple the 39-year-old should not travel.

Friends of the Duchess of Sussex shared with the Daily Mail this week that she also wanted to stay away from Prince Philip’s funeral because she ‘doesn't want to be the centre of attention.’

Queen Elizabeth, 94, “understands” why Meghan isn’t returning to the UK and has been in contact with her.

A source has told People magazine: “It was always a given that Harry would return to England for his grandfather’s passing.”

Harry walked behind his grandfather's coffin ahead of the ceremony today, alongside his father Prince Charles and brother Prince William. They were joined by other senior members of the Royal family, while the Queen will travel in the State Bentley.

The Band of the Grenadier Guards and senior members of the military also walked in the procession.

The Queen, Prince Harry and a handful of other royals have been staying at Windsor Castle for the past week.

However the other funeral guests – including the Duke’s children, other grandchildren and three of his German relatives – began arriving at Windsor Castle on Saturday morning.