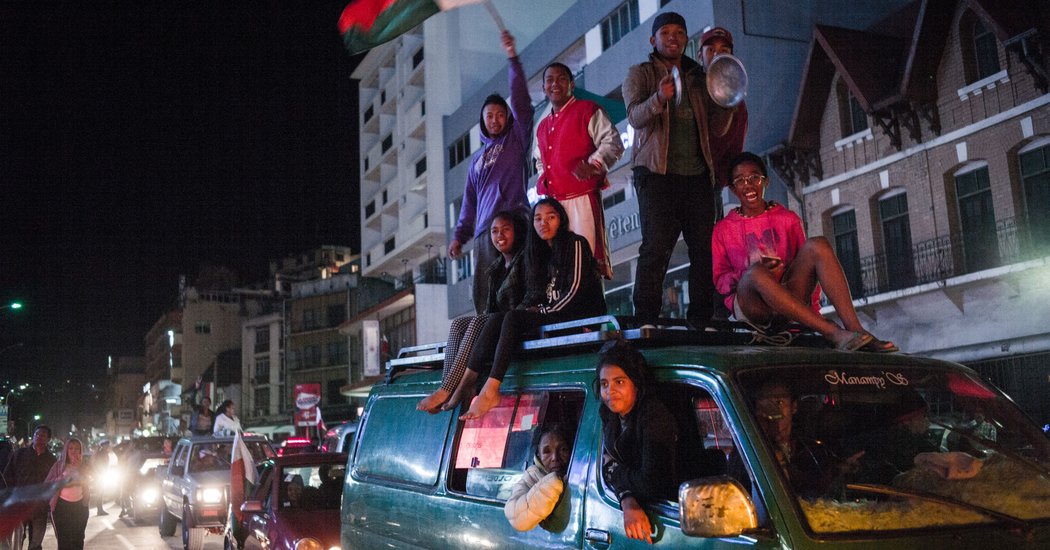 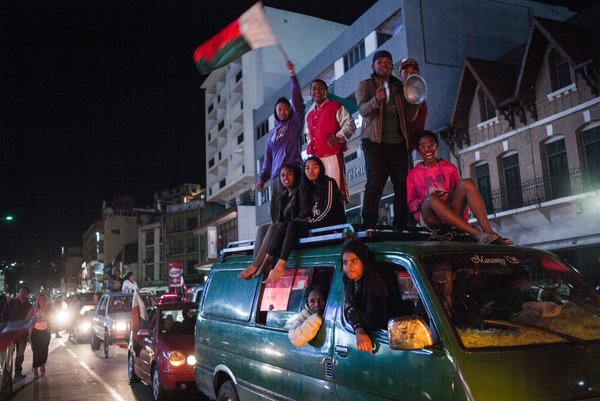 The focus of much of the soccer world this summer, understandably, has been on the Women’s World Cup in France. But while Megan Rapinoe, Lucy Bronze and Marta have been starring in that show, there has been plenty of men’s soccer action elsewhere that has been a little lost in its shadow. Shocking upsets. Lopsided victories. Even the looming renewal of a fierce international rivalry. Are there Rapinoe-level big names involved? Well, how about Lionel Messi?

The biggest game in the Copa América this year will take place in a semifinal, when Brazil hosts Argentina on Tuesday.

Despite their historic dominance of the continent, neither team has shown its best in recent Copas: Brazil has not won the tournament since 2007, and Argentina since 1993. Messi has made it clear that finally lifting the Copa is a priority for him. But Brazil is playing a home Copa for the first time since 1989, and it has some ghosts of its own to exorcise.

It remains to be seen if Tuesday’s game reaches the heights of others in the long rivalry. The last major showdown between Argentina and Brazil was at the 2008 Summer Olympics; Argentina won that semifinal, 3-0, and went on to take the gold medal, the biggest international triumph of Messi’s career, but that is still an under-23 championship.

Argentina started this Copa slowly, losing by 2-0 to Colombia in an ill-tempered game, but rallied to reach the knockout stages. Messi has seemed sluggish, with just a single goal, a penalty, on his ledger. Instead, striker Lautaro Martínez, 21, of Inter Milan, has been one of several in the younger generation to impress.

Messi has criticized the quality of several of Brazil’s pitches. ““Sometimes it is hard to play, the fields are very bad, regrettably,” he told The Associated Press after a quarterfinal win over Venezuela at Rio de Janeiro’s Maracana. “It doesn’t help us play, have a quick ball, pass and go. The ball bounces poorly, we can’t carry it.”

Brazil had two solid wins sandwiched around a draw with Venezuela. Its form, plus home field, make the team the favorite.

But the stadium for the semifinal may not bring comforting memories: The game will take place in Estádio Mineirão in Belo Horizonte, site of Brazil’s disastrous World Cup semifinal in 2014, a 7-1 loss to Germany.

And in the last round, Argentina was the sharper team, beating Venezuela, 2-0. The other three quarterfinals were dire, each ending in penalty kicks after 0-0 draws (though Brazil did outshoot its opponent, Paraguay, 25-5).

In the other semifinal, the two-time defending champion Chile will take on long shot Peru, which surprised Uruguay over the weekend.

The biggest story of the Africa Cup of Nations, which has been shifted to summer this year, is the almost mind-boggling success of lowly Madagascar.

Madagascar had never previously qualified for the Cup of Nations, a tournament that dates to 1957. Two years ago, it finished last in its qualifying group, and it went into the latest qualification tournament ranked 46th of the 51 entered teams. But Madagascar split with Sudan and swept Equatorial Guniea to earn a surprise berth.

Not satisfied, with that, Madagascar came to Egypt, which is hosting the continental championship this summer, and after an opening draw with Guinea, beat Burundi and, stunningly, Nigeria to win its group and advance to the round of 16.

While many of the squads at the Cup are dotted with players from big club teams, like Liverpool (Mohamed Salah of Egypt and Sadio Mané of Senegal), Manchester City (Riyad Mahrez of Algeria) and Napoli (Kalidou Koulibaly of Senegal), Madagascar’s players hail from decidedly lower rungs on soccer’s ladder. Carolus Andriamatsinoro, who leads the team with two goals, plays in Saudi Arabia. Lalaïna Nomenjanahary plays in Paris, not for mighty P.S.G. but for Paris F.C., which fell short of promotion to the top league this past season.

“We remain Petit Poucet, and to say that we are Petit Poucet helps us a lot,” Coach Nicolas Dupuis told reporters in French, referring to a tiny fairy tale character.

North and Central America and the Caribbean: More Island Success

Everyone always expects a United States-Mexico final in the Gold Cup, the regional championship for Concacaf, and that is the expectation this year as well. But some island nations have created some excitement.

Curaçao, population about 150,000, beat Honduras to help clinch a surprise quarterfinal berth. Then it frustrated and at times outplayed the United States on Sunday night before falling, 1-0.

Even more impressive has been Haiti, which won all three games to top its group over Costa Rica, then came from 2-0 down to eliminate Canada, 3-2, to advance to the last four of the Gold Cup for the first time since 1977.

Next up is Mexico in Phoenix on Tuesday. The United States will play Jamaica in the other semifinal in Nashville on Wednesday.

Despite the reputations of the Americans and Mexico as the region’s Goliaths, one or the other has been knocked out in the semifinal of the last three Gold Cups.

The UEFA Champions League, the world’s biggest club competition, will finish on May 30, 2020, in Istanbul. But it is already underway. Pristina, Kosovo, was the site of a four-team preliminary round last week featuring the champion clubs of Andorra, Gibraltar, San Marino and Kosovo.

KF Feronikeli of the host country triumphed on Friday, and earned the right to play the New Saints of Wales in the next round, which begins July 9.

If Feronikeli can win four more rounds, then survive the group stage, then win four more knockout rounds after that, it will be crowned club champions of Europe. 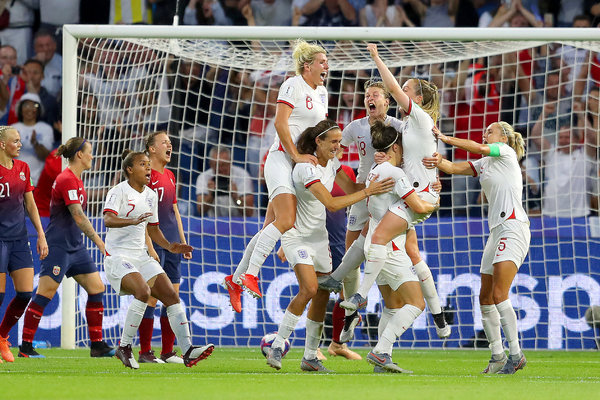 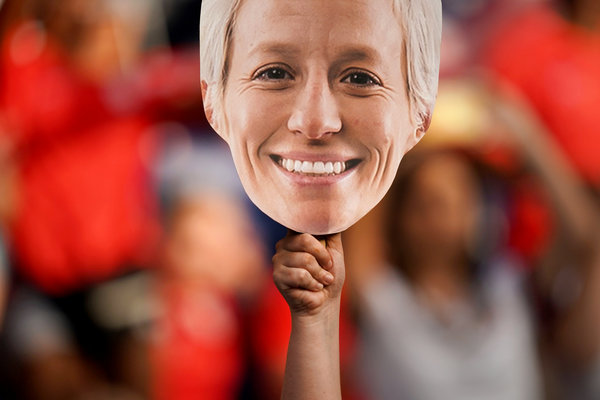 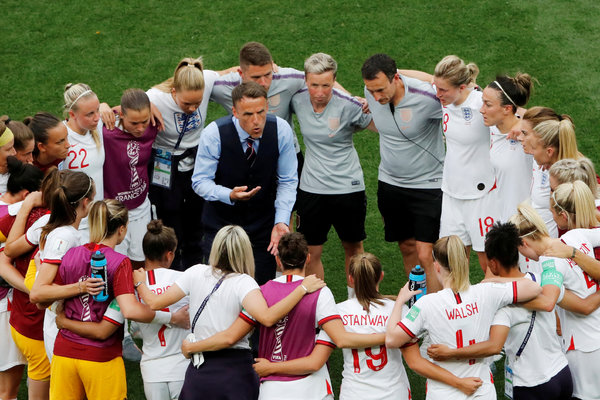 Victor Mather is a general assignment sports reporter and editor.