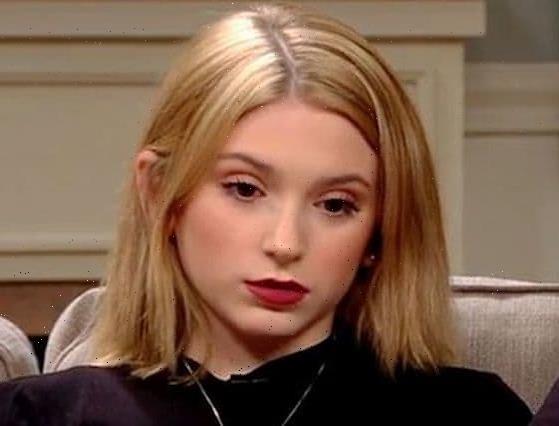 TLC is once again in the spotlight.

For all the wrong reasons.

Indeed, the network that kept the Duggars on the air for far too long… and which hasn’t officially fired Dimtri Snowden, despite numerous assault allegations against the Seeking Sister Wife star… is now in the crosshairs of McKayla Adkins.

And the former Unexpected star has plenty to say.

In a series of TikTok videos posted over this past weekend, the 21-year-old trashed those behind the TLC reality show as “evil,” accused them of sexualizing her, the other minor cast members and their young kids.

“This show really does sexualize minors who are pregnant and their children, and if you’re still watching this show, why? Like, what the f-ck? Stop,” McKayla said in one video.

“For those of you who love TLC’s Unexpected, I don’t know how.”

This is a similar argument to the one often used against Teen Mom.

Should we really, critics have asked, be giving a platform to troubled women with children out of wedlock?

Adkins appeared on seasons one through three of Unexpected, which is basically TLC’s version of Teen Mom.

Via TikTok, she went on to describe why she feels like the producers purposely put the program’s young stars in inappropriate situations.

“That show is f-cked up. The producer or director or whatever she is, is f-cked up, and they’re evil. They literally sexualized us as minors,” said McKayla, who was 16 years old when she starting filming.

Adkins announced in May she was pregnant with her third child.

“They asked us how we lost our virginity, where we f-cked, who we f-cked.

“They asked me if I would pierce my f-cking vagina in front of my grandparents, and they asked my grandpa if he knew what piercing your vagina meant…

“They forced someone to be in the delivery room with me while I was giving birth and somebody, the editor…saw me naked at some point.”

Adkins was only 17 when she gave birth to her first chilld, it feels worth noting here.

In another video uploaded to TikTok, McKayla wondered if any TLC executives may have downloaded footage of her and the other underage girls naked during labor and delivery.

“Who’s to say they didn’t download that s**t and keep it for themselves?” she asked.

Elsewhere, Adkins said she yellled at producers after they showed her young child nude and that these same producers were obsessed with the stars’ private parts.

“They asked us what our vaginas felt like after giving birth,” she said.

“During filming, at all times, there were grown men and women who all heard these things and were staring at us while we had to answer these f-cked up questions.”

It gets grosser, too.

“They asked every single girl who has breastfed on the show if they could do it for the camera,” McKayla claims.

“I had a producer up in my f-cking s**t while I was trying to breastfeed my son, like literally face into t**ies, basically.

“Does nobody else find that f-cking sus[pect]?”

“That show, and the people behind it, are all f-cking evil.”

TLC has garnered extreme amounts of backlash of late.

Back in May, a former Seeking Sister Wife star outlined all the ways in which Snowden was guilty of abuse and said she had taken these concerns to producers during shooting — only to be completely ignored.

TLC also continued to work with the Duggar family for years, even afterr Josh Duggar confessed to molesting his own sisters as a teenager.

The network finally canceled Counting On a few weeks after Duggar was arrested on child pornography charges.

McKayla, for her part, told her TikTok followers that she is tired of staying quiet about her experience on Unexpected.

“I’ll probably get in trouble for this but it needs to be said,” she wrote on the TikTok footage. “I’m tired of being scared of them.”