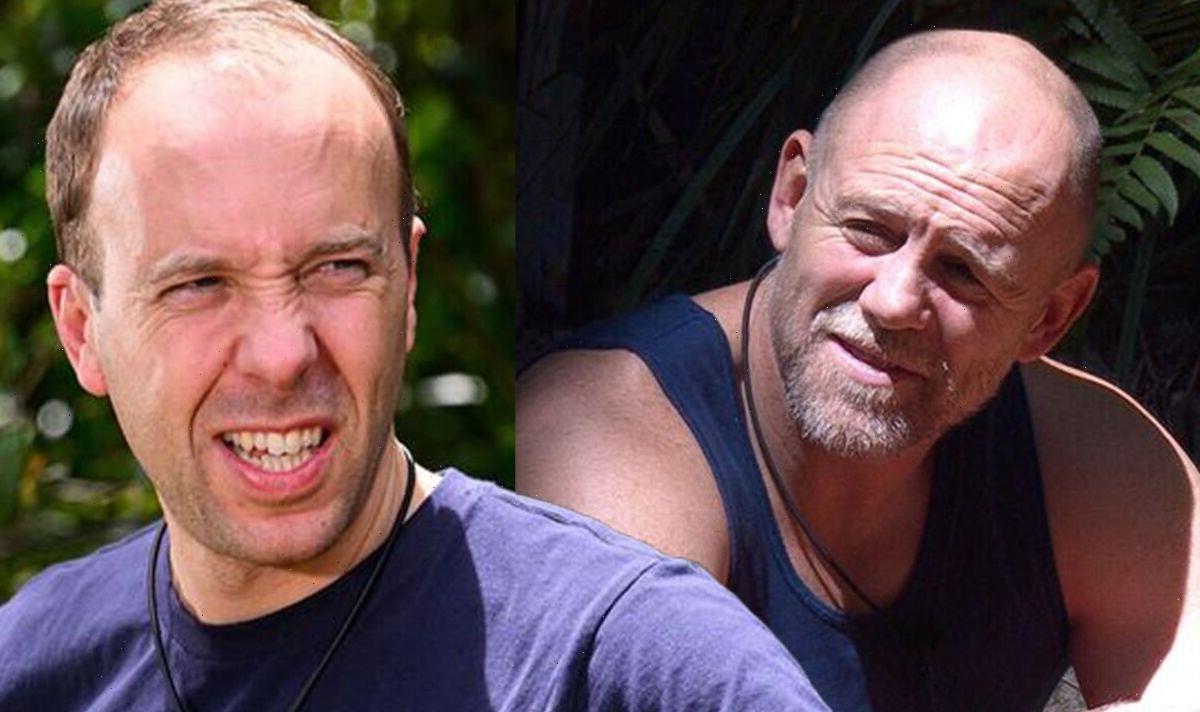 I’m A Celeb: Mike Tindall pans camera away from Hancock

Mike Tindall, 44, came under slight controversy in recent weeks when some insinuated that he was bullying former Health Secretary Matt Hancock, 44, on I’m a Celebrity. However, Matt has since spoken out, shutting down rumours, as he confirmed it was just the pair “larking about” during their time in the jungle.

I didn’t feel bullied in the jungle!

As the final four took part in the Celebrity Cyclone trial in the last days of I’m a Celeb, Mike was criticised for appearing to deliberately jump on the former Health Secretary, ruining his chances.

Speaking to the Daily Mail, Matt said of the incident: “When he [Mike Tindall] landed on me on the Cyclone I took that as a badge of honour.

“He is a former England captain. He has won the world cup. That wasn’t him being tough on me. That was just larking about.”

He also made sure to reiterate that he didn’t get “bullied” in the jungle, due to other celebrities asking him questions “respectively”.

Matt continued: “I didn’t feel bullied in the jungle. I felt people asked the questions respectfully.

“They challenged me directly and I respect that. It was a lot more collegiate than it looked on TV.”

Mike even insisted during his time in the jungle that Matt was “polling for votes” in a bid to win the show, as the former Health Secretary placed his name-printed clothing in a shot of the cameras.

In the Bush Telegraph, Mike pointed out: “Matt’s making sure his t-shirt and his phone numbers are on display at all times. Matt clearly wants to win.”

Later in camp, the royal decided to sabotage Matt’s plan by turning his jumper over.

He added in the Bush Telegraph: “I’m taking great pleasure in turning it around every time he leaves camp.”

Mike shared the ploy with Seann Walsh, asking him: “Have you noticed someone’s been advertising themselves?

“Matt’s been putting all his stuff with ‘Matt’ and the phone number pointing at cameras.”

Matt’s position on the show was hit with heavy criticism just weeks ago as he was named as a late arrival on the ITV show.

This was due to Matt’s handling of the Covid pandemic as the Health Secretary and his having to step down after breaking social distancing rules in the House of Commons with his now-girlfriend, Gina Colangelo.

Seann Walsh mocked the former Health Secretary minutes after his arrival in the jungle as he couldn’t control his giggles.

After seeing the MP, Seann could not contain his laughter and blatantly continued to laugh in the MP’s face throughout their first encounter.

Seann held his hands to his face as he giggled, before stopping to laugh to quip: “Hey, how’s it going?”

The pair then hugged before Seann continued to laugh at the former Health Secretary.

The first chat then ended with the pair singing Ed Sheeran before being cut off with news of their trial as Matt began to discuss his previous run for prime minister.