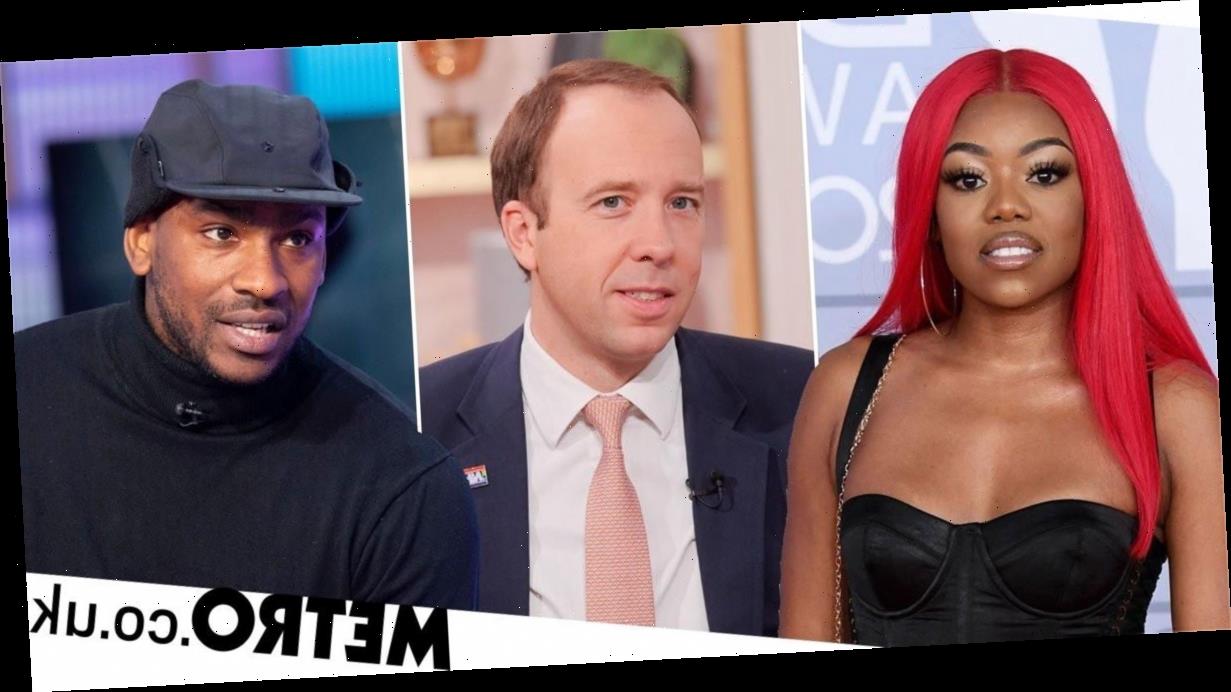 Matt Hancock’s 2017 column about loving grime music has resurfaced once more and fans are losing their minds over this (not so) brand new information.

The Secretary of State for Health and Social Care, 42, wrote about his love for the genre in The Times, and the piece has once again gone viral (no pandemic puns intended).

In it, he wrote: ‘As a grime fan, I know the power of the UK’s urban music scene. I have the great honour of championing British music around the world.

‘As we look out across the globe as a nation, our music is one of our strongest calling cards.’

Adding that the UK is the second-largest music exporter after the USA, he said: ‘From classical to pop, punk to grime, the UK’s music is loved all over the world.

‘It hardly needs saying that this dominance is down to the ingenuity and creativity of British artists. So it is hugely important that music reflects the diversity of modern Britain.

‘For example, as a fan of grime music, I know our amazing urban music makes a massive contribution to our creative industries. The sounds of Skepta and Lady Leshurr are making waves across the world.’

The thought of an MP loosening his tie and putting on some grime to relax after a long day in Parliament was too much for Twitter to cope with.

Some tested his knowledge, tweeting: ‘Yo @MattHancock what is your all time favourite grime track and artist?’ and ‘Could you ask the Health Sec who his favourite Grime artist is?

‘I’m in E17 so you can dress it up as “concerns from my constituents”. But I just think we as a country need to hear Matt Hancock trying desperately to pretend to be knows something about grime. It’s a morale boost.’

Others joked: ‘So @MattHancock is a fan of grime… who knew’, and ‘I thought the Matt Hancock Grime article was fake!!’

So that’s yet another reason why 2020 is the year full of surprises.