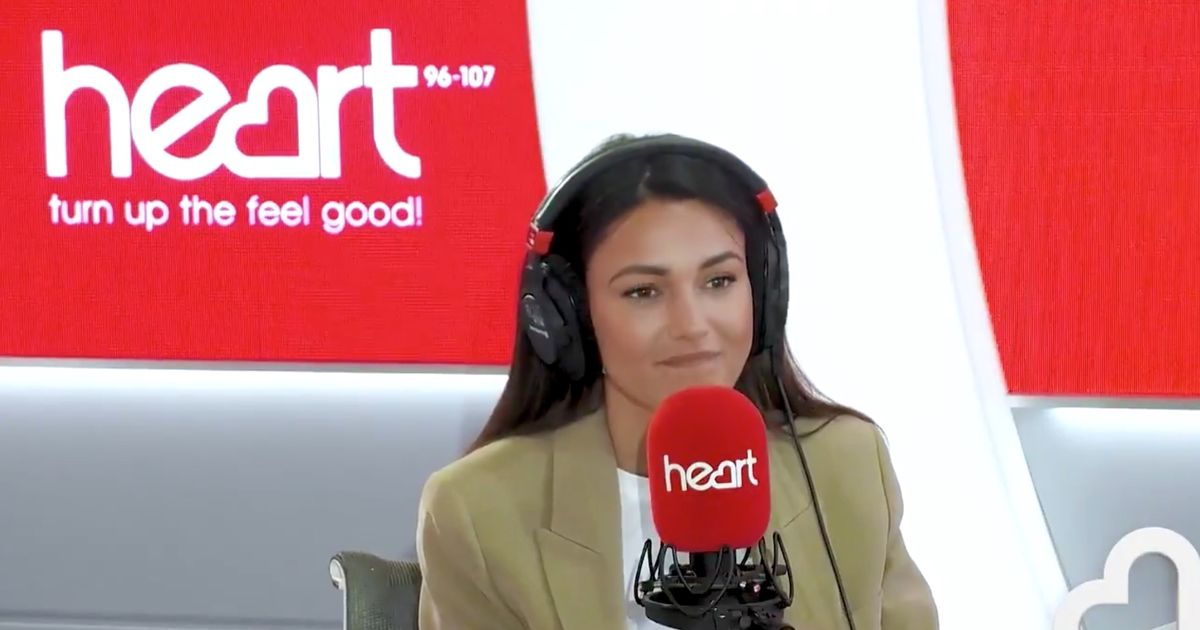 Mark Wright and Michelle Keegan have finally been living together at their £6million Essex home.

But proving even celebrity couples row, the pair had a jokey spat over their living arrangements on Heart FM.

Cheeky soundbites of their row revealed the sulky former Extra presenter hung up after jokingly accusing his wife, both 32, of lying while live on air.

Michelle didn't let her husband off the hook when she pointed out he was "lazy" around the house and admitted she had to "retrain him".

The couple's teething problems come after they spent lengthy times away from each other because Mark was based in Los Angeles for his dream presenting gig for some time.

She said: "I've had to sort of retrain him around the house again. He sorta got a bit lazy when he got back. But he's alright, he's alright. He just steps out of his pants and leaves them and gets into bed."

But Mark couldn't let it go as he asked Michelle "to be honest" about who was more house proud.

Mark hung up as he joked he had enough of his wife's lies on air.

Their squabble was initially sparked after Michelle reluctantly said she would give up her phone in favour of her husband, who was on the other line.

Former TOWIE hunk Mark was less than impressed with her answer as he joked she was "fibbing" and ribbed her for spending "all day long" on her phone.

Mark said: "I know she's fibbing anyway. It's the phone all day long."

Michelle hit back: "You can talk. You're on your bloody phone all the time."

Their down-to-earth row begun to escalate when the presenter shared he had gone ahead and had breakfast without his love.

Michelle had no qualms pointing out she was under the impression she and Mark had breakfast plans together. "I thought you were having breakfast with me," she moaned.

She added: "I see what's happening now, look you caused a row now getting him on the show."

The Mark and Michelle love story has been a whirlwind as they were engaged after just nine months of romancing each other.

They have gone from strength to strength since they tied the knot in a romantic wedding ceremony in May 2012.

Their love hasn't been without it's complications as Michelle jetted off all over the globe to film series Our Girl.

More recently, Mark had made the move to Los Angeles to chase his dreams of being a presenter in the States and rub shoulders with the hottest Hollywood stars.