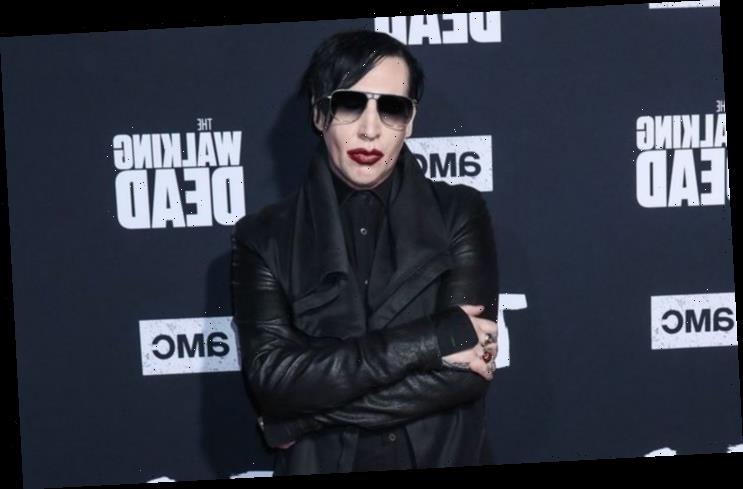 The ‘Beautiful People’ star says he had to endure ‘excruciating’ pain as he refused to take painkillers during recovery after breaking his leg in stage fall because of his drug past.

AceShowbiz –Marilyn Manson refused to take painkillers while recovering from breaking his leg as he feared becoming hooked on them.

The “Beautiful People” hitmaker, real name Brian Warner, broke his fibula in two places after he was crushed underneath a stage prop during a gig in New York in 2017.

Speaking to Zane Lowe on his Apple Music show, the 51-year-old musician said the pain from his injury was “excruciating” but he refused painkillers after leaving hospital due to his past use of drugs.

“I didn’t take them,” he explained. “I mean I did initially while I was in the hospital, so in the operation. But being that I had taken them in the past which increased it to recreational use I didn’t want to fall prey to that. So I just didn’t do it. I mean it hurts, but once your pain receptors in your brain, it changes the way you think – all your cortisol, the dopamine, everything in your brain, it changes.”

Despite requiring 10 screws in his injured leg, the shock rocker made it back on stage five weeks later – and even turned down an offer from Dave Grohl and Axl Rose to use the thrones they previously used to perform with a broken leg and foot, respectively.

“Dave Grohl and Axl Rose graciously offered their chairs,” Manson revealed. “And I said no and I found this electric wheelchair that rose up. And I tried to make it into part of the show and it was not a fun time at all.”

The injury no longer hurts him – and the musician is now proud of his patched-up leg.

“It doesn’t bother me now,” he added. “It’s actually more of a bionic leg and it doesn’t go off at airports either, which is strange. If anyone’s heavy metal it’s my leg, it’s full heavy metal.”