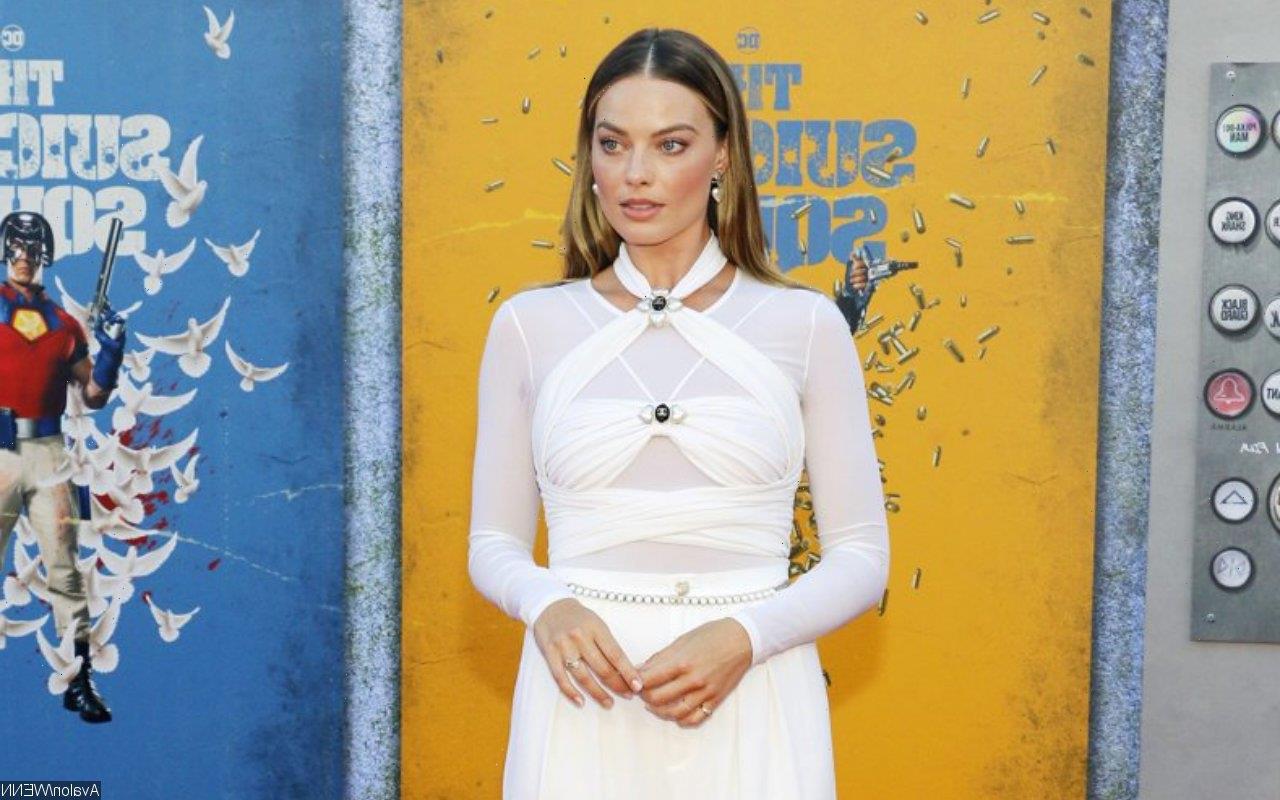 The Harley Quinn depicter in the DC Comic film who is also a global ambassador of Chanel, stuns in the luxury brand’s Resort 2022 collection and a pair of By Far’s Lotta leather sandals.

AceShowbiz –Margot Robbie is turning heads with her unique look at the “The Suicide Squad” premiere. When hitting the red carpet, the “Birds of Prey: And the Fantabulous Emancipation of One Harley Quinn” actress stunned in a white quirky Chanel jumpsuit.

During the event, which took place at The Landmark Westwood in Los Angeles, California on Monday, August 2, the 31-year-old actress could be seen wearing a very unique, slightly confusing jumpsuit from the luxury brand’s Resort 2022 collection. Her top had draped fabric that looped around the bodice and heart-shaped pearl accents and it was placed over a sheer white long-sleeved T-shirt.

The midsection also crisscrossed in the front and flowed into a bra top and two more strips of fabric to create a halter top. Margot, who is a global ambassador of Chanel, added the brand’s logo-encrusted pendants on her top.

The outfit’s baggy pants tapered off at the bottom of the leg and were decorated by a pearl belt. For her footwear, Margot slipped into a pair of By Far’s Lotta sandals. The shoes featured white leather uppers, which coordinated with the rest of her ensemble and created a streamlined monochrome look.

To complete her look, the actress, who reprises her role as Harley Quinn in the standalone sequel to the 2016 film, added Chanel heart-shaped drop-earrings. For her makeup, she kept it simple with soft make-up to let her natural beauty shine through.

In a recent cover story for British Vogue published in June, Margot talked about how thankful she was to have scored a lead role in an action film. “Those scenes … where everything’s exploding around you, and you make it just in time, those massive epic war hero runs? Those movie moments? Girls never get those. Girls never get those,” so said “The Wolf of Wall Street” actress.

“The Suicide Squad” will be released this Friday, August 6, in theaters in the U.S. and on the HBO Max streaming platform.