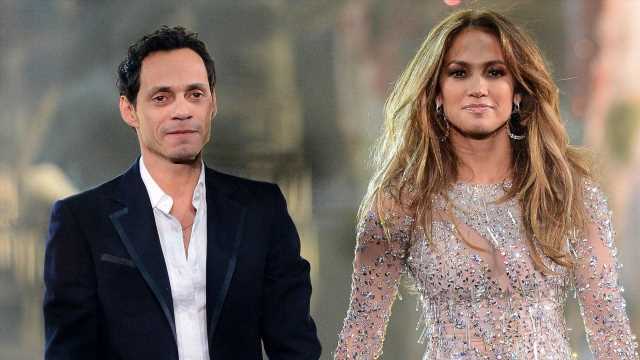 Jennifer Lopez and Marc Anthony will always “have each other’s backs.”

The former couple, who shares 13-year-old twins Max and Emme, may no longer be together but have a strong friendship. Amid Lopez’s recent breakup with Alex Rodriguez, a source tells ET that “Jennifer makes it a point to have cordial relationships, especially with Marc since he is the father of her children.”

“Jennifer and Marc have a friendship and are supportive of each other whether it comes to parenting, personal matters or their careers,” the source adds. “They have each other’s backs.” Lopez and Anthony were married from 2004 to 2014.

Earlier this month, Anthony praised the Hustlers star for her foresight, expressing in the latest issue of InStyle, “The thing about Jennifer is her ability to see and understand things before they happen. Before she even brings an idea up, she has visualized it a thousand times. And if anyone says it might not be the greatest idea, she’ll say, ‘You just don’t see it yet.’ Nine times out of 10, she’ll nail it.”

EXCLUSIVE: Jennifer Lopez Admits She Was 'Scared' to Work With Ex Marc Anthony on Her New Album

EXCLUSIVE: Jennifer Lopez Admits She Was 'Scared' to Work With Ex Marc Anthony on Her New Album

He also complimented her work ethic, adding, “She’s the first one in the room and the last to leave. The hardest worker I’ve ever met. When we were together, it was quite the opposite for me. That has changed since. I learned so much from her. She’s the original!”

Meanwhile, Lopez and Rodriguez officially announced their separation in a joint statement on April 15.

“We have realized we are better as friends and look forward to remaining so,” the former couple said. “We will continue to work together and support each other on our shared businesses and projects.”

“We wish the best for each other and one another’s children,” they continued of Lopez’s kids and Rodriguez’s daughters, Natasha, 16, and Ella, 13. “Out of respect for them, the only other comment we have to say is thank you to every one who has sent kind words and support.”

That same day, Anthony also decided to cancel his appearance at the Latin American Music Awards. While he didn’t mention J.Lo, he made a video saying that he decided to stay home for safety reasons amid the pandemic. He noted he was healthy and fine, just opted not to go.

Prior to J.Lo and A-Rod’s official split, multiple sources told ET on March 12 that the two had called off their engagement, with one source noting that the former baseball pro and the triple-threat star had decided their relationship “had run its course.” However, one day later, a source told ET that the two were continuing their relationship and “working through things,” and that “no third party was involved.”

That same day, Lopez posted a photo of her FaceTiming with daughter Emme, who was crying on her dad, Anthony’s, shoulder. “When they are sad but mommy and daddy are there #Cocunuts,” she captioned the image. “I love you!! So proud of you…” 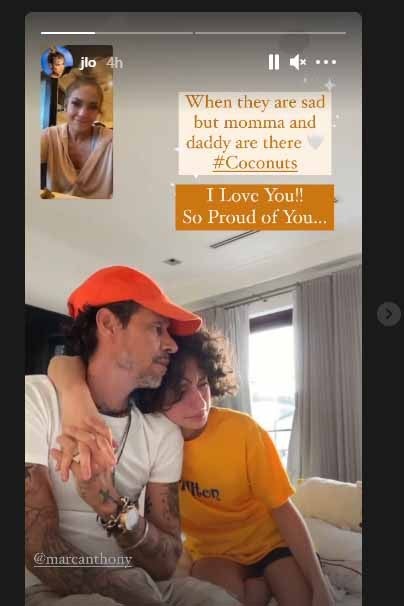 Meanwhile, another source told ET on Wednesday that the “On the Floor” singer “tried her hardest” to make the relationship with Rodriguez work, but it just “wasn’t making her happy anymore.”

“She knew it was time to let go. There were issues when it came to wedding plans and trust issues that she couldn’t get past,” the source said in part. “Her kids are sad about the breakup because they all grew so close, but ultimately want what’s best for their mom and for her to be happy. There is still love and respect between the two families.”