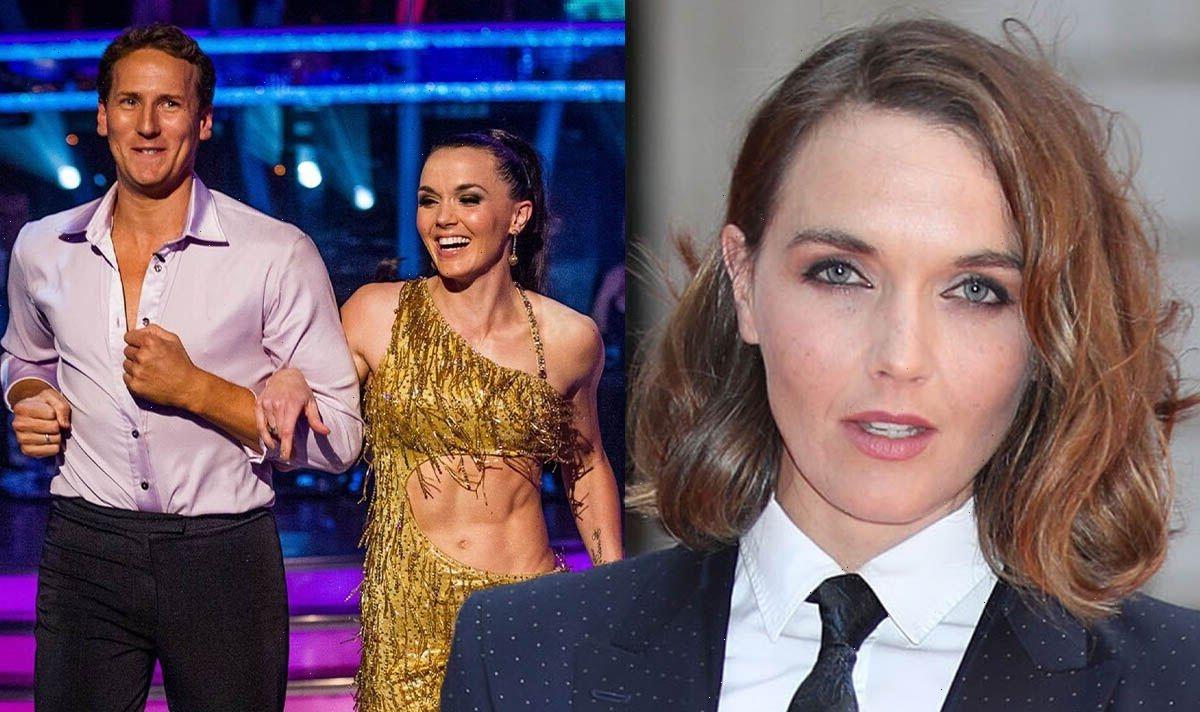 Victoria Pendleton opens up about her battle with depression

Victoria Pendleton, 41, took part in Strictly Come Dancing in 2012, just five days after she had competed in the London Olympics. The sports star has recalled the experience exclusively to Express.co.uk while also discussing how “clumsy” she was on the show.

It was really funny!

Talking about a funny memory, she said: “Honestly, the pair of us were just really clumsy.

“It was really funny, just always tripping over or slipping over.

“During the Quickstep, I had to run up a couple of stairs and I fell down at the last minute on some cases that were part of the stage set.

“In rehearsals, Brendan hit on my skirt and I tripped on the stairs but in the performance, he tripped over at the last minute, and then pretended it didn’t happen.

She continued: “We just smiled and tried to ignore it. We were both just having trouble with stairs that day.

“I had a big bruise on my shin from tripping over my own skirt but it was funny that Brendan then did it.

“I kept telling them to make my dresses smaller as I was only small and short and I couldn’t walk in them.”

The Strictly pair made it to week eight of the show, before being eliminated after their rendition of the Salsa.

Express.co.uk also asked Victoria if she had met up with Brendan since they finished competing on the BBC show.

She recalled: “Well, occasionally. We still text and see how each of us is doing, how’s the family…

“It’s strange as when I moved to Oxfordshire, we lived, literally, in neighbouring villages and he invited me over for food a couple of times.

“I saw him here, there and everywhere. So, yes we occasionally catch up.”

Victoria has represented Great Britain and England internationally in cycling, winning many titles.

She won nine world titles, including a record six in the individual sprint, dominating the event between 2005 and 2012.

She even took part in Strictly, just five days after she competed in the London Olympics.

Victoria said of the experience: “I found it absolutely exhausting.

“I started training for Strictly I think five days after the Olympics had finished in 2012.

“I was emotionally, physically, mentally, exhausted. I didn’t honestly know where I was going or what I was doing or who I was anymore. It had been such a whirlwind of 12 months.”

Victoria Pendleton is supporting the launch of SlimFast Vitality shakes. Packed with 23 vitamins and minerals and suitable for a vegan lifestyle, new SlimFast Vitality balanced nutrition shakes offer a quick hit of health that also pack a punch in taste. Visit Slimfast.co.uk or @slimfastvitalityuk for more information.