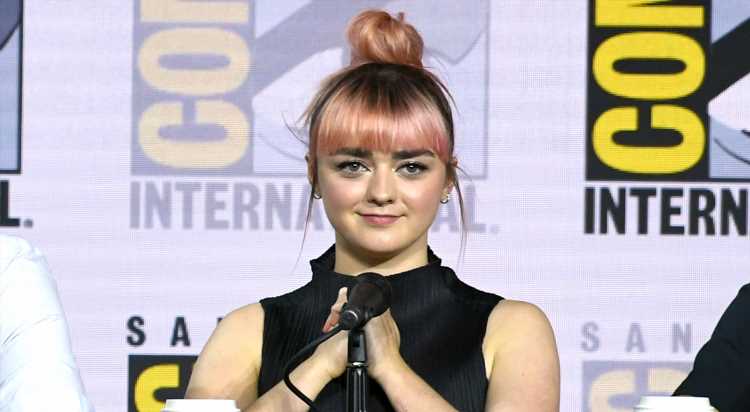 Maisie Williams appears on stage during the Game of Thrones panel held at 2019 Comic-Con on Friday (July 19) in San Diego, Calif.

During the panel, Maisie was asked about a sexist theory that some fans have about the scene where Arya kills the Night King. The fan theory says that Jon Snow helped Arya kill him, but she responded with a big, “NO!”

“She did it on her own. But if we’re to give credit to anyone, it would be Melisandre for getting Arya’s head back on track,” Maisie said.

Maisie was also asked about where Arya would be now and if she’d ever get back with Gendry.

“Arya has always been a lone wolf, always felt a bit of a misfit in her own family,” she said. “I don’t think being with a partner is what would make her feel the most fulfilled.”