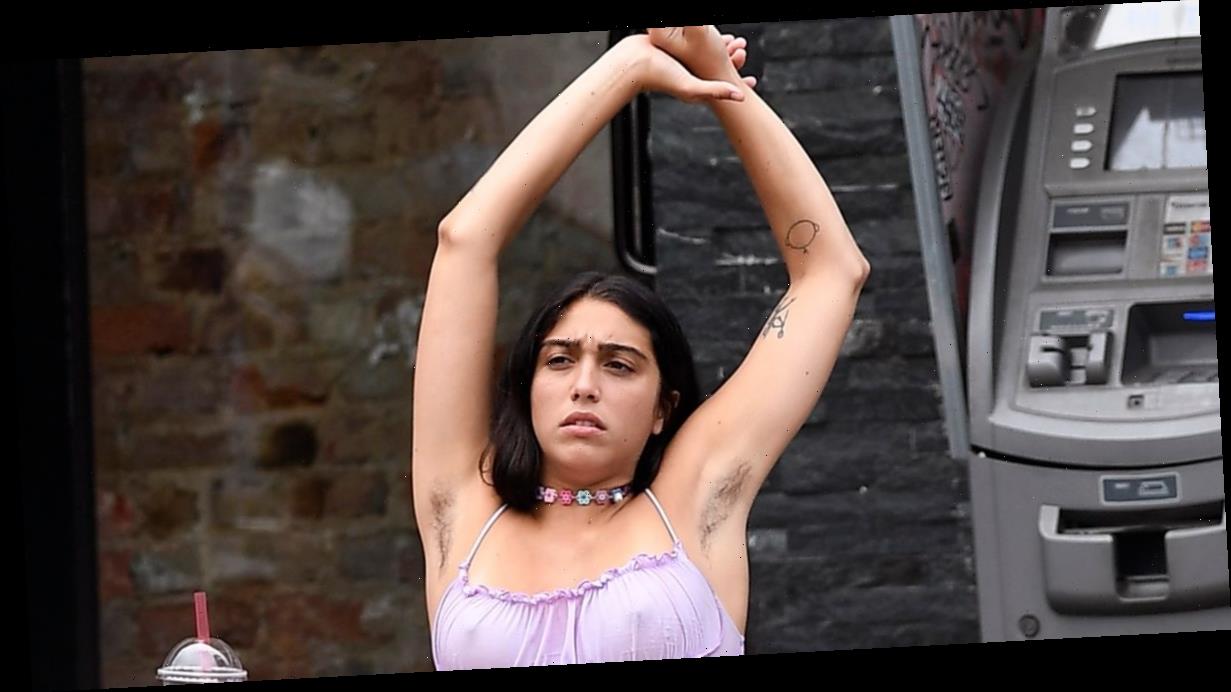 Lourdes Leon has been seen proudly flaunting her armpit hair while out and about in New York City.

The gorgeous brunette donned a see-through purple crop top, which highlighted her toned stomach, paired with a light blue pair of shorts for the occasion.

Lourdes, who previously showed off her armpit hair as she walked the runway at New York Fashion week, appeared relaxed as she sat around a table with her pals for lunch and protected herself against the coronavirus by wearing a blue face mask.

Clearly enjoying her time, the star could be seen smiling before stretching her arms out behind her head, revealing her armpit hair.

It comes just two days after her popstar mum Madonna, 61, shared a daring topless photo of herself on Instagram.

In the snap, the Like A Virgin hitmaker could be seen posing in nothing but a pair black panties as she leaned on a crutch and covered her breasts with her arms.

She captioned it: "Everyone has a Crutch…………….," alongside a hammer emoji.

Many of her 15.2million fans were quick to gush over Madonna as one person wrote: "This is a picture of a woman who owns her life and takes control to be who and what she wants to be! Gorgeous trailblazer Queen we love you!"

Celebrities who have launched their own wines including Phillip Schofield, the Queen and Brad Pitt

While others were less than pleased about the snap as one person said: "Too old to be posing like that. It worked 30 years ago, not anymore."

Madonna has been recovering from a knee injury which forced her to cancel a selection of concert tour dates.

In a recent snap, where she flaunted her derriere in a racy black lingerie set, the singer said: "Finally going to get my regenerative treatment for my missing cartilage!!"

Pop stars in the news

Regenerative treatment is the process of replacing or regrowing human cells, tissues or organs to restore or establish normal function.

She continued: "I would be jumping up and down if i could after 8 months of being in pain. ! Wish me Luck!" [sic] alongside four clapping hands emojis and a praying hands emoji.