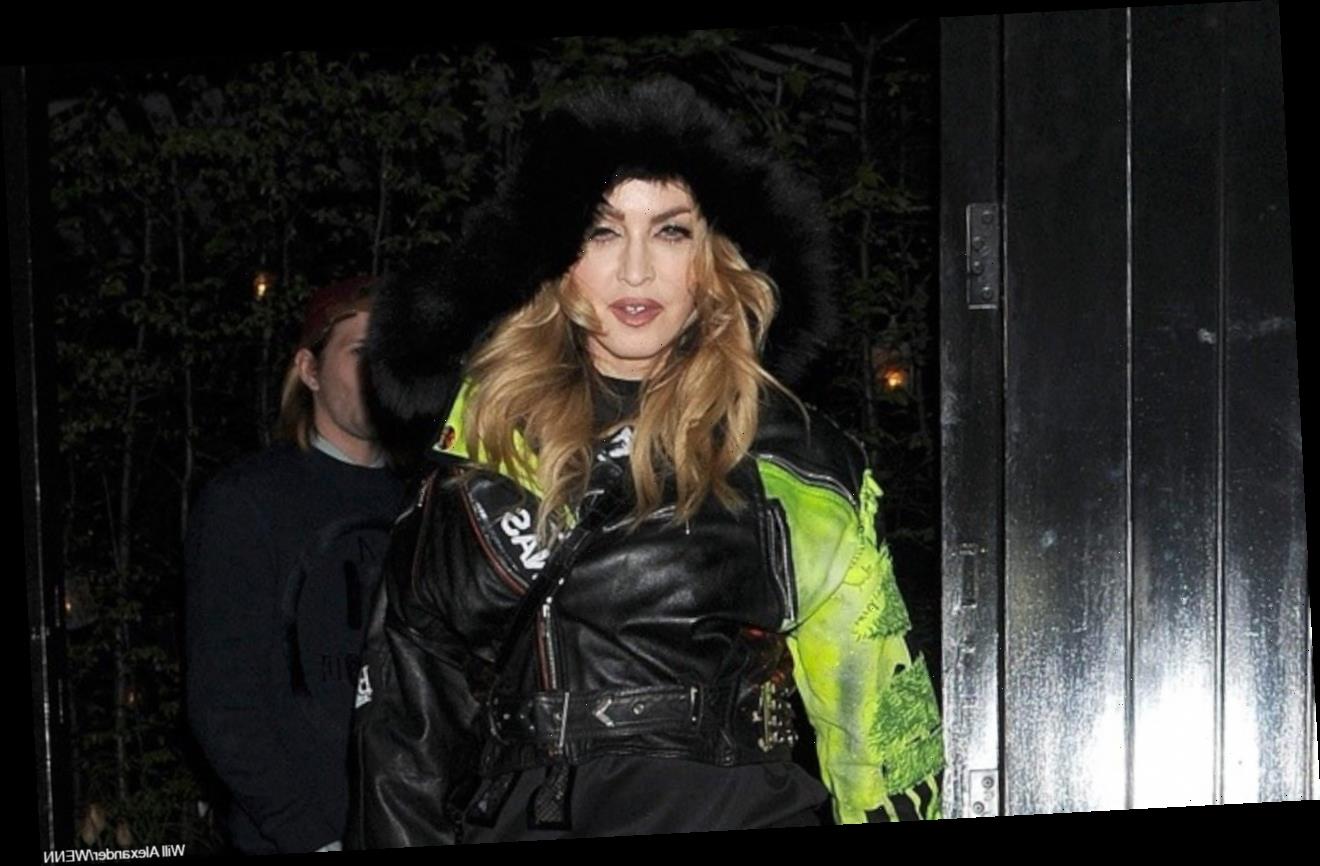 The ‘Like a Virgin’ hitmaker poses in a barely-there lacy black lingerie for what she dubs ‘A Moment of Self Reflection’ after a TikToker accuses the singer of using her photo without her consent.

AceShowbiz –Madonna appears to have something to prove following recent Photoshop controversy. The 62-year-old singer has shared some raunchy pictures of hers, showing that she’s still got it at her age, after she’s accused of Photoshopping her face onto a younger woman’s body.

Madge made use of her Instagram account to unearth the new provocative selfies on Sunday, March 28. In a slew of pictures, the Queen of Pop posed provocatively in a barely-there lacy black lingerie that exposed her ample bosom.

Madonna also wore a necklace and a pair of black stockings, while completing her look with a black hat and nude pink lipstick. “And Now For A Moment of Self Reflection…………..Madame,” she wrote in the caption.

Madonna posted some racy selfies on her Instagram page.

Madonna didn’t offer an explanation as to what for the sexy snaps were taken and uploaded on the photo-sharing site, but her fans surely don’t mind them. The photos arrived after the Bay City-born artist was accused of Photoshopping her face onto a woman’s body without the original photo owner’s permission.

TikTok user Amelia M. Goldie made the claims in a now-viral video, noting that Madge used her photo for an image to promote her 2015 album “Rebel Heart”. Amelia said that when she first saw the picture, she “thought it was a joke” and didn’t take it seriously until she saw it on Madge’s official Instagram account.

“I tried to reach out via Instagram to her team twice, to no response,” Amelia told BuzzFead after her TikTok video gained steam. While she’s “flattered” that the “Like a Virgin” songstress used her picture, the 28-year-old social media user still demands credit.

Declaring that she’s a fan of Madonna, Amelia continued, “I [would] definitely laugh and say I’m flattered, but of course that I wish I was credited!” She added, “I think if you’re going to play somebody else’s body off as your own, they deserve to be mentioned. But no hard feelings!”