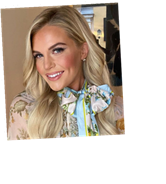 Madison LeCroy has been accused of being a homewrecker.

But that’s not all.

Madison LeCroy has been accused of being a homewrecker with a man who formerly played a sport in which he, or someone with whom he shared a field, often hit home runs.

Without naming names, Conover said LeCroy did this dirty deed with a man who used to play Major League Baseball.

“You were flying around the country sleeping with men, married men!” Craig screamed at Madison on air, adding:

“Ex-MLB players. That’s what you were doing during quarantine. You know why Austen was at my house? Cause you weren’t talking to him!

“You flew to Miami to f–k an ex-MLB player.”

At another point, host Andy Cohen said the athlete is “a very famous, married ex-MLB player.”

For her part, LeCroy denied ever flying to Miami and also ever sleeping with this person.

But she did acknowledged exchanging social media messages with the hitter or pitcher.

This, naturally, has prompted many observers to stop and wonder…

… who did LeCroy maybe sleep with?!?

The first name many folks came up with was Alex Rodriguez.

Because he lives in Miami and he’s been known to sort of be a douchebag and because he’s also slept with plenty of famous women, from Torrie Wilson to Madonna.

The thing is, Rodriguez is not married; he’s merely engaged to Jennifer Lopez.

So, what other well-known ballplayer may have had his balls played with by Madison LeCroy?

What about notorious ladies man Derek Jeter, who spends a lot of time in Miami as part owner of the baseball team that plays there?

Jeter got married to model Hannah Davis in 2012. So he checks that box at least.

But Jeter made a point to date around — in VERY impressive manner — back when he was single.

He famously dated Mariah Carey… and Minka Kelly… and Jessica Alba… among other gorgeous and famous women.

It would seem rather bizarre and brazen of Jeter to get all out that our of his system, finally settle down and THEN cheat on his wife — with Madison LeCroy.

The revelation of LeCroy’s alleged affair with a former baseball star comes after she seemingly had a fling with ex-quarterback Jay Cutler.

Earlier this month, she shared screenshots of her alleged text exchange with the former NFL player to social media in a weird attempt to call him out for being too aggressive.

An insider told Us Weekly on January 8 that LeCroy had a “new, flirty thing” with Cutler.

It’s over now, however.

“It’s nothing serious at this point,” this tabloid insider revealed a few weeks ago. “But they’re having fun getting to know each other.”

Their rocky on-and-off relationship came to an end in December of 2020.