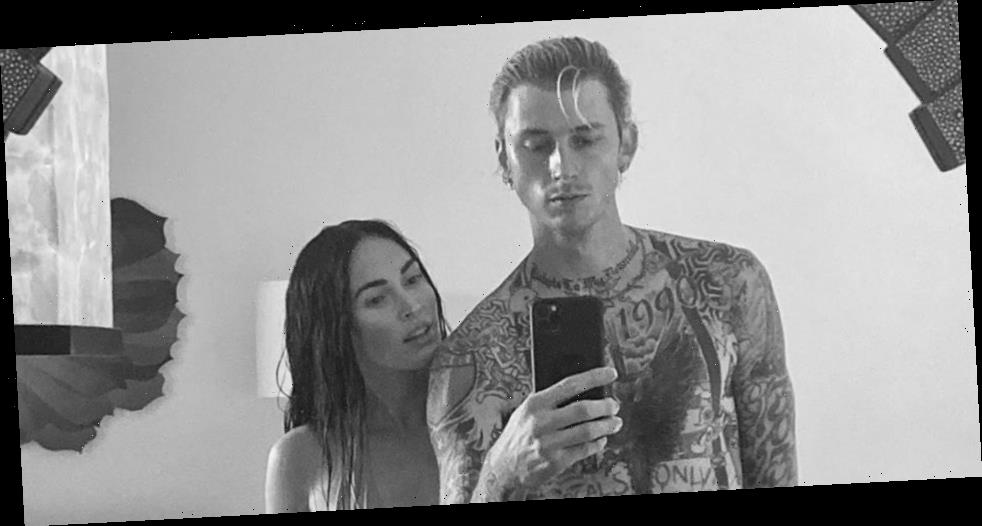 Machine Gun Kelly is in love and he’s letting everyone know about it!

During an interview on The Howard Stern Show on Wednesday (September 23), the 30-year-old rapper said that he fell in love for “the first time” with girlfriend Megan Fox.

“I didn’t know what [love] was until me and her made eye contact,” MGK explained. “That’s when I was like, ‘Whoa.’”

MGK and 34-year-old actress first met on set of their upcoming movie Midnight in the Switchgrass.

“After I made the big chunk of the album [Tickets to My Downfall], I did fall in love for the first time,” MGK continued. “That was my first experience with being open to love and stuff like that. I definitely wasn’t set up to believe that that’s something that could ever exist.”

MGK and Megan confirmed they were dating back in June after several weeks of romance rumors. News of their relationship comes after Megan split from husband Brian Austin Green.

It was recently reported that Megan has introduced Machine Gun Kelly to the three sons she shares with Brian.