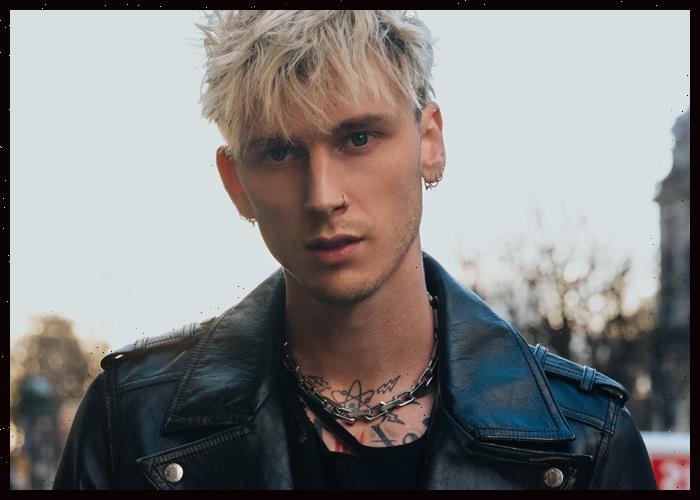 Machine Gun Kelly has revealed the tracklist and official artwork for his upcoming sixth studio album, Mainstream Sellout, which drops on March 25 via Bad Boy/Interscope Records.

MGK rented out a club in West Hollywood and wore 16 different custom dresses designed by Italian fashion house Dolce & Gabbana that bore the name of each song from the album.

Mainstream Sellout will be a follow-up to MGK’s 2020 pop-punk album Tickets to My Downfall, which topped the Billboard 200 albums chart.

The album features a series of collaborations with artists such as Willow, Lil Wayne, Iann Dior, Young Thug, Gunna, Blackbear and Bring Me the Horizon.