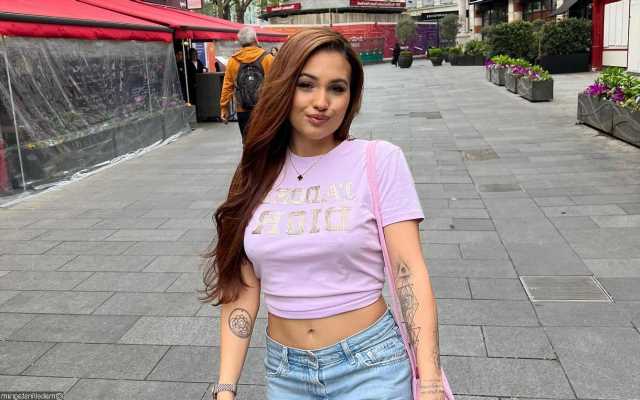 The ‘Don’t Call Me Up’ songstress also unveils that the illness has damaged her voice and that public scrutiny left her in ‘complete and utter fear’ on stage.

AceShowbiz –Mabel has opened up about her secret battle. The “Don’t Call Me Up” hitmaker has revealed that she secretly battled glandular fever for two years after mistaking the symptoms for COVID-19.

The pop star started feeling ill in early 2020, revealing she was constantly tired with a sore throat which began to affect her singing voice and after the global pandemic hit, she was convinced she had a bout of coronavirus.

However, the symptoms did not go away and she eventually discovered she had been struck down with glandular fever, a viral infection that causes extreme tiredness and a fever. She told Daily Mail, “I kept thinking that I had COVID last year, and all my PCRs have come back negative. And then I did loads of tests because I was like constantly tired and really, really swollen throat and just like would even get a fever.”

“It turns out I have a strain of glandular fever that I’ve had for over two years. So when I’m tired and I’m stressed I get glandular fever. And I still have it. I did a test the other day. It’s still there,” Mabel continued recalling.

Mabel later admitted her health problems left her fearful about her performances as she worried it would affect her voice. She added, “I’d become completely obsessive about it (social media) and I was just like going on to stage in complete and total utter fear because I would have seen one comment about something.”

“Then you’re going on stage already scared that people are going to say bad things and you’re not performing to your best ability,” Mabel added. “And then it becomes a catch 22 because people say terrible things, and you’re like ‘I kind of agree with you, that wasn’t a great performance.’ “

Mabel was able to take some time off during the pandemic and has credited horse-riding and meditation with helping her get back on her feet again. She insists she’s now feeling much better and is careful to make sure she takes enough time to look after herself.