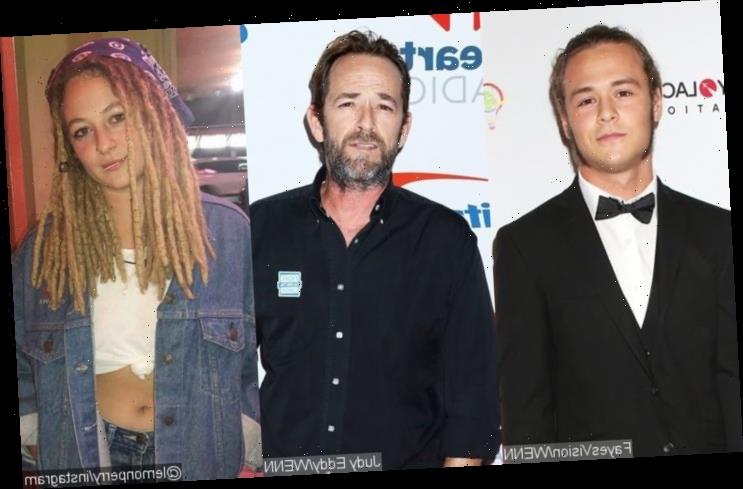 While Jack Perry puts out a collage of the ‘Beverly Hills, 90210’ star’s pictures from throughout the years, his sister Sophie pokes fun at their father’s fashion choices.

AceShowbiz –Luke Perry‘s kids have taken to social media to pay tribute to their late father on what would have been his 53rd birthday.

The actor died back in March after suffering a massive stroke, and was honoured earlier this week (begin October 7) in the premiere of the fourth season of his show “Riverdale” – with the entire episode dedicated to the star.

On Friday, in honour of their father’s birthday, Luke’s kids Jack Perry, 22, and 19-year-old Sophie – who he shared with ex-wife Rachel Sharp – took to Instagram to share their own sweet tributes.

Alongside a black and white collage of snaps of the “Beverly Hills, 90210” star from throughout the years, which combined to make one image of his face, Jack wrote: “Happy birthday, old man. I’ll see you somewhere.”

Meanwhile, Sophie posted share a sweet note alongside a photo of herself and her dad embracing, as she poked fun at her father’s sartorial choices.

“Happy birthday, fashion icon,” she joked. “I can hear you doing your best Tim Gunn impersonation now (heart emoji) love you the most.”

In the special episode of the hit comic book series, Luke’s character, Fred Andrews, is discovered to have died after he was struck by a car, leaving his son Archie, played by KJ Apa, and his wife Mary (Molly Ringwald) to grieve.