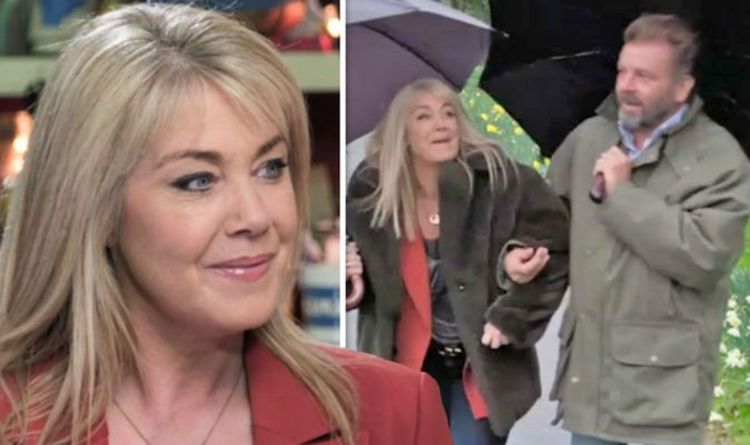 Lucy Alexander, 48, was reunited with her friend and former co-host Martin Roberts, 55, when they got stuck into some hands-on decorating on Kirstie’s Celebrity Craft Masters today. The Homes Under The Hammer favourites were finally seen back on the box as a duo after she quit Homes Under The Hammer back in 2016 following 13 years presenting the BBC property show together. The pair went head-to-head on Craft Masters in a bid to impress the craft expert judges on today’s instalment of the programme, hosted by Kirstie Allsopp, 47. The presenter introduced them by saying: “You’re both friends of old…” 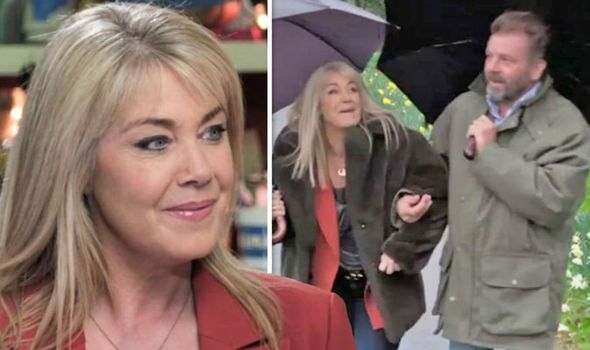 The celebrity contestants were then asked if they were competitive, at which point Lucy admitted she was.

“I’m not!” Martin chipped in, adding: “You are — super competitive.”

Interviewed separately about their plan of action for victory, Lucy said: “I know that he’ll be putting me down, I know what he’s like. But I’m not gonna play that dirty game.

“I’m just going to be better than he is,” she said cheekily.

The situation certainly took a competitive turn in the first challenge, when they were tasked with making decorative chandeliers.