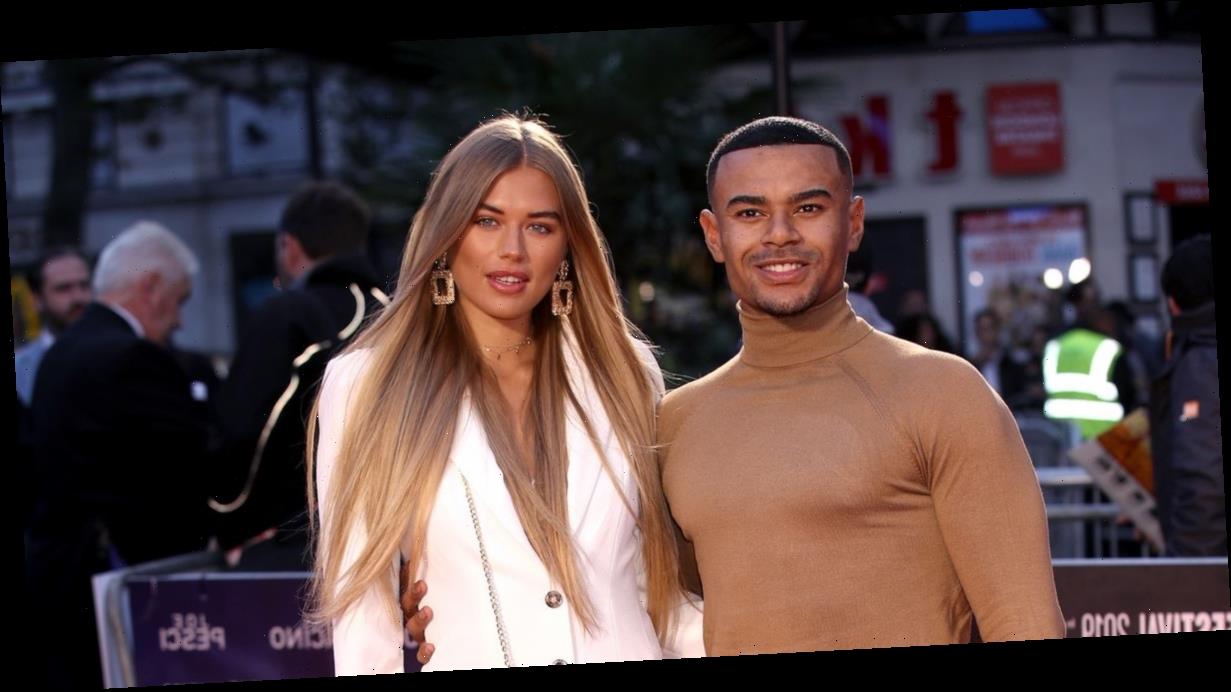 Love Island stars Wes Nelson and Arabella Chi attended the The Irishman premiere in London on Sunday night, looking sensational as they posed for pictures.

Model Arabella, 28, turned heads in a white shorts suit which showed off her endless pins.

She added height to her frame in grey pointed snakeskin boots and wore statement gold earrings, as well as a white chained handbag.

She wrapped her arm around boyfriend Wes, who was dapper in a brown turtleneck and black trousers with loafers.

The 21 year old, who was runner-up on Dancing on Ice last year, also carried a black Gucci bag.

Arabella and Wes have been dating since earlier this year and since then have gone from strength to strength and frequently appear on each other Instagram feeds, as well as in public.

Speaking of their relationship, Wes told Heat magazine how it was different than his past prolific relationship with co-star Megan Barton-Hansen, saying: “I have absolutely no doubts about my relationship. We get on so well – it’s a very different dynamic to what I’ve had before.

“She’s just so chilled. It’s really nice to be going into this knowing it’s going to be absolutely dandy.”

It seems that Arabella is just as besotted, as she gushed on an Instagram snap posted by Wes of the couple staring into each others eyes last month with: "I love you".

Wes made his debut on The X Factor: Celebrity on Saturday night alongside Samira Mighty, Eyal Booker and Zara McDermott.

He is competing on the celebrity edition of the hit ITV show as part of The Islanders, which he formed alongside Zara, 22, Samira, 22, and Eyal, 24.

Zara exclusively told OK! online that the foursome had to fight for their places in the band, and more former Love Island stars auditioned for the band.

Zara said: "We actually all auditioned separately for the show. I auditioned and I literally cried in my audition because I was so scared of singing in front of people.

"I think they saw that we would all work together and I think, from what I know, I don’t know 100 per cent, but there were a few other Love Islanders that auditioned as well.

"But the producers ended up sitting down and thinking who would work best together and they ended up choosing the four of us out of all the others that had auditioned and ended up putting us together.

"They called up one day and said, ‘look, we want to put you in a group, how do you feel?’ and I said, ‘yeah, okay’ and I turned up to vocal sessions and the three of them were sat there in the room and we were all like, ‘ok yeah, this is happening.’ It’s a bit crazy."