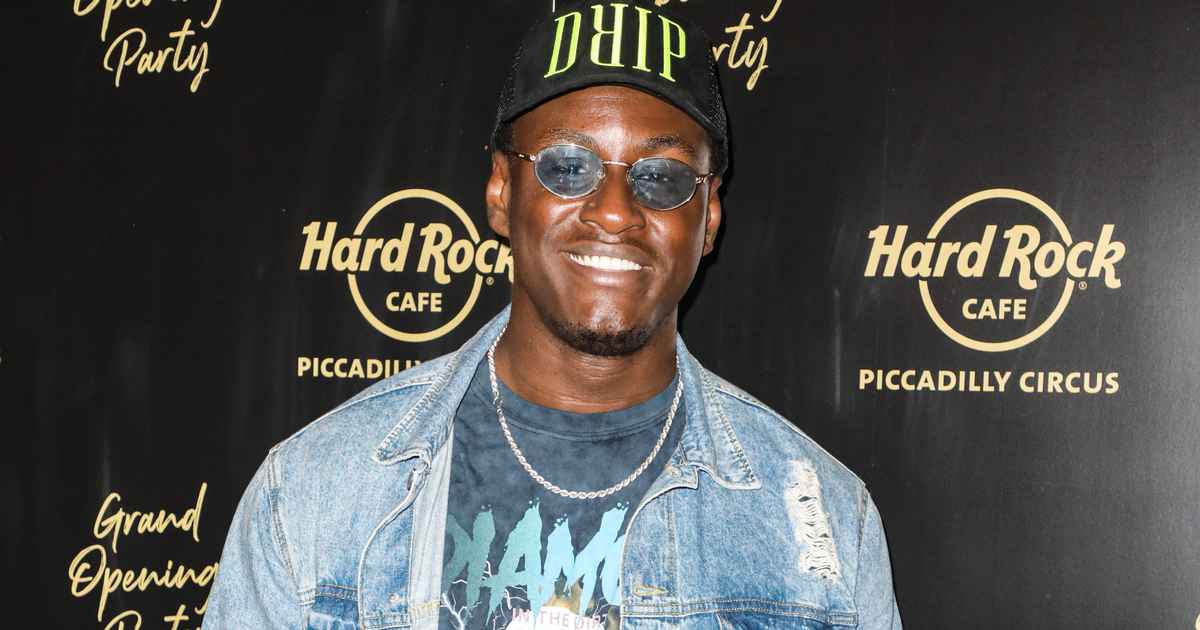 Love Island star Sherif Lanre is leading by example as he attempts to encourage people of colour to give blood.

The 20 year old reality TV star exclusively told OK! online that he wants to give blood to help the community because not enough ethnic minorities donate.

Sherif also explained how he was spurred on to give blood after a fan sent him a DM and told him how their little sister needed blood because she suffered from sickle cell disease.

Speaking to OK! online, Sherif said: “I don’t know why but as a community black people just don’t seem to donate blood.

“I’d heard before that black and Asian people who are sick really are in desperate need of blood because not enough people from those backgrounds donate.

“But if I’m honest it wasn’t until a follower sent me a message on Instagram and then I decided to do something.”

Sherif continued: “Basically I got chatting to this one girl who was a Love Island fan and she told me that it’d be a big help if I could raise awareness about donating blood – especially as I’m black.

“She told me that her little 11 year old sister has sickle cell disease and has been in and out of hospital for the past few years with blood transfusions.

“In short when the doctors need blood the best match normally comes from donors from the same ethnic background.

“When this girl told me how much stress her and her family have been under and the constant worry about whether there will be enough matching blood for the kid it broke my heart.”

The NHS Blood and Transplant website says: “While people from all communities and backgrounds do give blood, fewer than 5% of our blood donors who gave blood in the last year were from black, Asian and minority ethnic communities.

“This is despite black, Asian and minority ethnic communities representing around 14% of the population. We want to try and readdress this balance.”

He hopes that it will go someway towards raising awareness of the issue and said: “I just want to encourage all people to give blood, but especially ethnic minorities because it’s that background which is needed most right now.”

Sherif has been extremely bust of late and was recently seen hanging out with his new mate, James Lock.

The TOWIE star and the former Love Islander hit it off after meeting on the party circuit and have stayed friends. Sherif supported James, who made his first red carpet appearance since his split from Yazmin Oukhellou, at the Hard Rock Cafe opening last week.

The reality stars looked the part at the star-studded event, with James matching a black t-shirt with a ripped pair of black jeans, breaking up the block of colour with a denim jacket.

Sherif cut a casual look for the bash, donning a skull print t-shirt and a pair of grey tracksuit bottoms.

Similarly to James, Sherif modelled a denim jacket. His look was completed by a pair of blue tinted sunglasses and a black and green baseball cap.

The pair were said to be looking close at the event — which was also attended by the likes of James' former TOWIE co-star Lauren Goodger and Geordie Shore's Nathan Henry — with a source telling OK! online James and Sherif have "sparked a friendship over recent weeks."

Our insider continued: "The boys had a really great night together after becoming friends recently. They've bonded over singlehood and are guiding each other after the breakdown of James and Yazmin's relationship.

"James has also been giving Sherif some tips on his newfound fame since coming out of the Love Island villa this summer and helping him not get caught up in the pitfalls of the industry.

"James has become somewhat of a big brother to Sherif and has taken him under his wing. Women at the party couldn't stop staring at the lads and they were asked for plenty of selfies fro gushing fans."