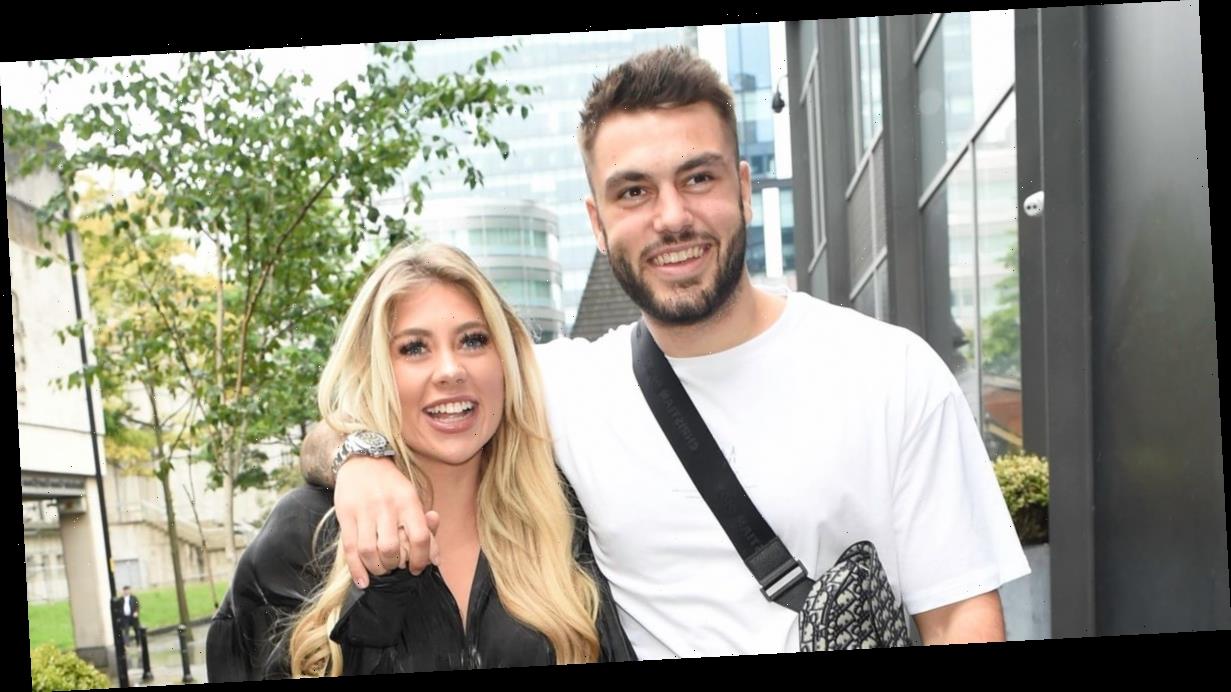 Love Island winner Paige Turley looked stunning as she dressed up for a night out on the town with her man Finn Tapp.

The 22 year old reality star opted for an all black ensemble for her first date night with her boyfriend Finn, 20, after moving to Manchester as restaurants, bars and pubs reopened over the weekend.

Paige gave a peek of her midriff as she wore a black, balloon-sleeved blouse which she tied together.

She paired the top with a pair of PVC look high-waisted trousers, a black handbag with small handles and a pair of black strappy, barely-there heels with a squire toe. Paige opted for a simple, yet glamorous, look for her makeup as she kept the look natural, with some fluttering eyelashes and clear lip gloss as she curled her long, blonde looks at the ends.

Reality star Paige was all smiles as she strutted down the road with Finn’s arm placed over her shoulder.

Love Island hunk Finn kept things simple by wearing a plain white t-shirt with a pair of distressed light-blue denim jeans with rips down the front.

But, Finn added a spot of luxury as he wore a pair of grey and white Dior high-top trainers, which retail at £830, and a matching saddle bag from the same designer, worth around £2,050. Another snap shows the pair's chemistry is still very much there after meeting in the Love Island villa in South Africa earlier this year, as they exchanged a loving look while walking hand in hand.

The pair headed to restaurant and bar Menagerie in Salford over the weekend as lockdown rules eased.

Paige and Finn were joined by their villa friends Callum Jones, Molly Smith, who became an official couple during lockdown, as well as Demi Jones, Jamie Clayton, Natalia Zoppa and Connor Durman.

The outing comes after Paige and Finn moved into their first pad together in Manchester, months after wining the series earlier this year.

Loved-up couple Paige and Finn let OK! magazine inside their stunning new abode, while they opened up about their relationship.

Speaking about having their own space after living with Paige’s parents in Scotland during lockdown, Finn told us: “It’s lovely to have our own space. We’ve been living with each other all year but in very different circumstances. Apart from the four weeks after Love Island and before lockdown when we were living in hotels, we’ve been living with other people the whole time we’ve been together. We’ve only spent about five days apart so far.”

While paige added: “You’d have thought we’d be wanting to kill each other by now but we’ve still been glued to each other. We’re always together.”