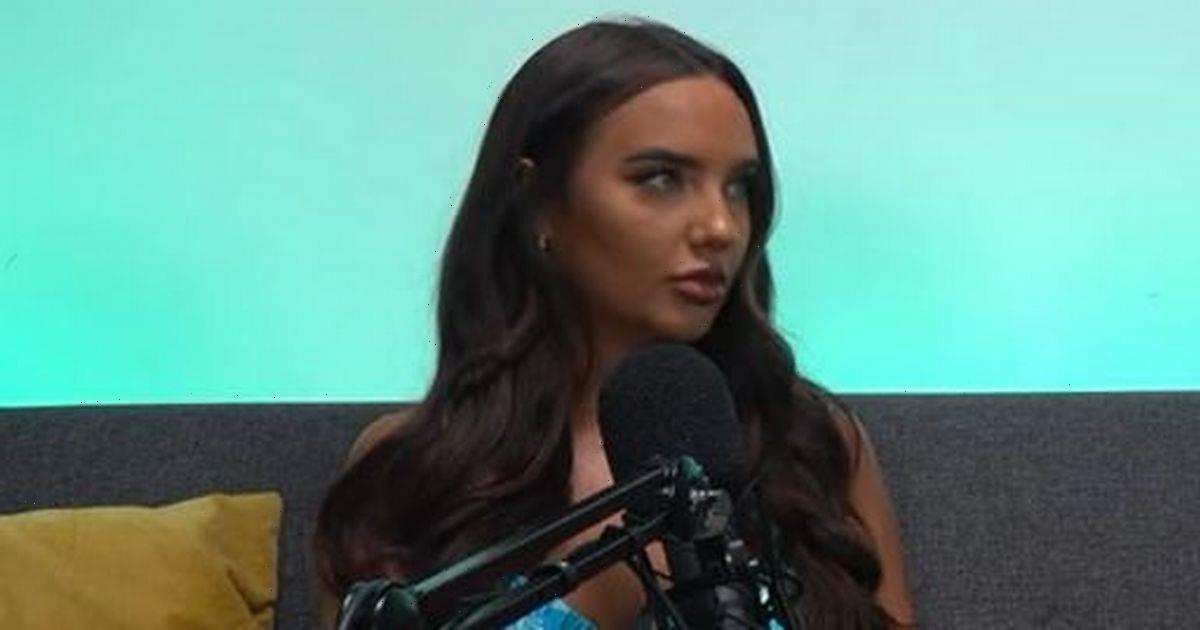 Jazmine Nichol has revealed that things came to blows between her and fellow Islander Coco Lodge after both bombshells expressed interest in Andrew La Page.

The Love Island star, who was branded as “going missing” on the show after she got minimal airtime, insisted she had a connection with the Dubai-based real estate agent, and that Andrew branded her the “girl of his dreams”.

Speaking to Murad Merali on his YouTube channel and podcast, Jazmine detailed her alleged exchanges with Andrew, and how she felt blindsided by Coco who ended up coupling up with him.

“I did have a connection with someone, and that person was Andrew,” she revealed. “All the girls knew from the second we walked in, and he was the one who actually initially pulled me for a chat.”

Jazmine went on to claim that Andrew said he “manifested” someone like her to come in, and the pair ended up having deep conversations about their families – evening learning Jazmine’s parents and grandparents’ names.

She went on to say that apparently during one of the show’s games, Andrew kissed both her and Cheyanne, and branded the pair as his “top two”.

“Coco was never mentioned,” Jazmine continued. “All the boys on that first day were like: 'You like Andrew, we want to get to know you because you're for Andrew’.”

Allegedly she then shared her feelings she had for Andrew to him and put all her eggs in his basket. During the same conversation, she asked him about his bed sharing situation.

"I said: 'What's your bed situation?' He said: 'I'm going to sleep outside on the day bed to respect Tasha. But it's not because I don't want to share it with you.'

"Then, ten minutes later, Coco – the girl I talked about Andrew to, the girl I was closest to – she went up on the terrace and kissed him."

Mollie Salmon, who was also featured in the podcast, then chimed in saying: “All I heard was shouting,” in the wake of Coco’s actions.

“I shouted at Coco,” Jazmine added. “I’m a girl’s girl through and through, so if you disrespect me and I’ve left you in, it’s kinda like, why did you say I could trust you?”

While things didn’t work out with Andrew, Jazmine may have found a new connection with another Islander – Ronan Keating’s son, Jack.

Viewers spotted the chemistry between the pair on Love Island Aftersun, and called for them to get together.

Jack himself seemed to support the idea, as he shared a montage of photos of the pair on Instagram which had originally been created by a fan account.

In the adorable snaps, Jack can be seen laughing and joking as he and Jazmine answer questions posed by Laura Whitmore, with the duo’s body language also hinting that there could be something more between them.

Alongside the images, Jack wrote: “Second date?” Alongside praying hands a pair of crossed fingers.