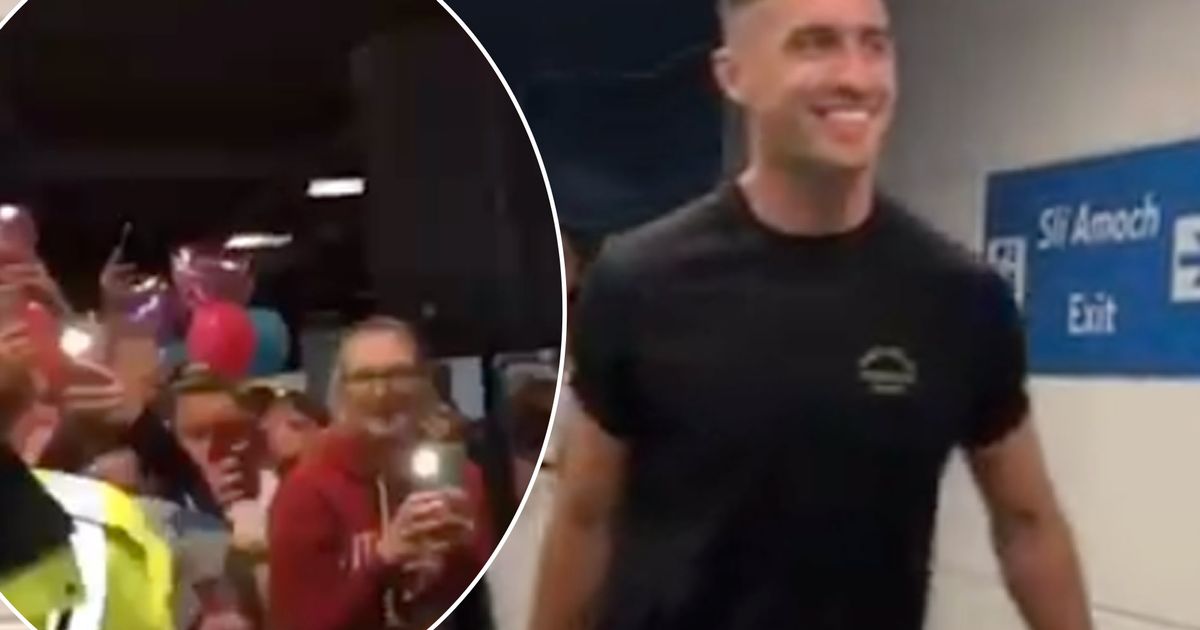 Love Island winner Greg O’Shea was met with a huge crowd as he arrived back in his native Ireland for the first time since his success on the show.

The rugby player arrived solo without Amber Gill as he was greeted by screaming fans and journalists at the airport in Limerick.

In a video shared to his Instagram account, police are seen holding back the bustling crowds and Greg arrives from his flight.

It comes after Greg confessed that he will miss Amber while he’s away, as they separate for the first time since leaving the villa.

In an adorable photo of the pair on Instagram, where they can be seen lying on a bed together, the 24 year old revealed he would miss Amber while he's away.

Writing on the image, he exclaimed: "Home tomorrow and leaving this one in London. Might miss her a little bit."

On Tuesday, during a joint appearance on Loose Women, Greg revealed he skipped a scheduled operation to appear on the ITV daytime show.

Greg was asked by Loose Women panellist Andrea McLean: “Is it true you were meant to be having an operation today? Because you’re a rugby player, you’ve injured your head, you’ve got bones coming through your face or something?”

Greg laughed and replied: “Yeah so I don’t know if you can notice but I’ve a broken nose and a cracked forehead, my nose is dented. So I was supposed to be going home and having the operation done, but it just didn’t play out.

"That was the worse time to go and get facial surgery,” he joked.

“Shaving all my hair off and the whole thing, I’d be out of action.”

Greg and Amber received a huge 48.82% of the final vote of the reality show, but it’s claimed producers don’t feel it’s the right move to follow the duo, especially because they’re not yet official.

A telly-insider told The Sun: “This year bosses want to take the heat off the contestants’ relationships, especially as it’s been such a choppy year for couples making a go of it. Instead they are focusing on Winter Love Island and want to nail the casting for that series.”