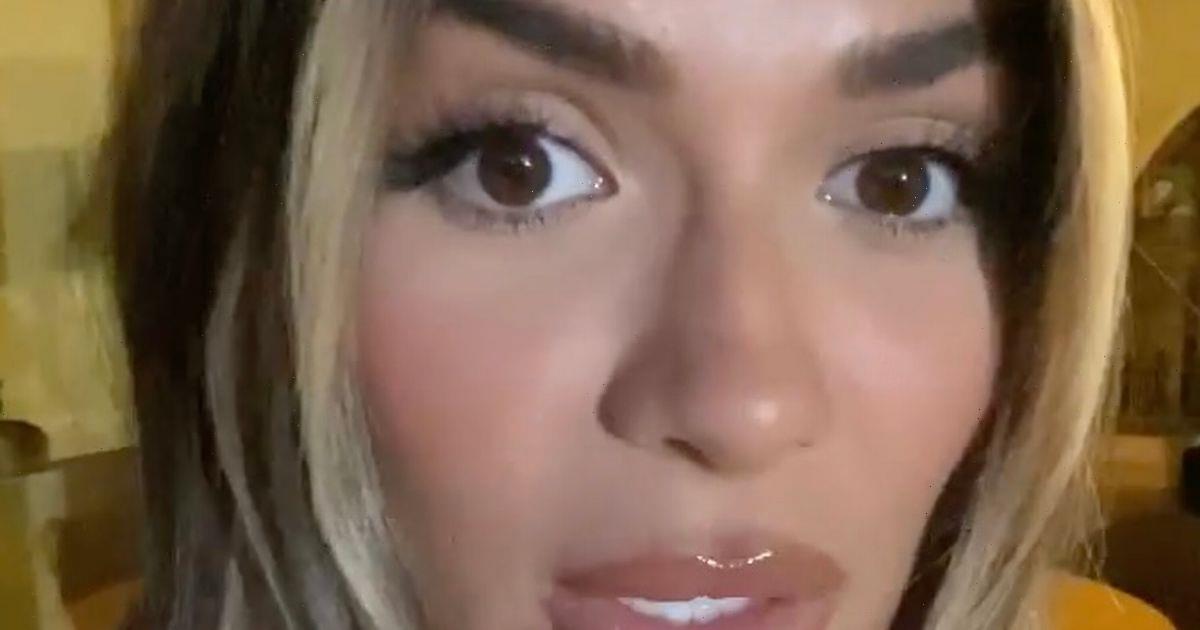 Ekin-Su Cülcüloğlu has spoken about seeing a “UFO” in LA amid her current trip there.

The 28 year old spoke about the incident on Instagram Stories after her partner Davide Sanclimenti, 27, was recently seen in video obtained by The Sun entering a vehicle with two women.

Taking to her social media pages, the Love Island winner went into detail about the strange UFO encounter as she continued her stay in LA, where she is working on a "top secret" project.

Ekin-Su looked ultra-glam in the clip as she sported a glowing tan, rosy blush and glossy brown lips. She told her 2.8 million followers: “Guys, I swear I've just seen an alien. I swear I just saw a UFO.

“I'm not even joking, I always wanted to spot a UFO in America and I just did. I've just accomplished! Yes!"

The Turkish beauty appeared upbeat in the video as she captioned it: “I just saw a UFO guys fudgeeeee."

Ekin-Su then posted a clip of her "striking a pose" on a red carpet of a luxury hotel as she wore a pink bralet and a pair of black wide leg trousers, whilst holding onto a bouquet of flowers. The reality star wrote: “Finished shooting today. Had about 5/6 coffees and I'm flyinggggg. Also that UFO was flashing mad colours."

Ekin-Su followed this up with another video of her once she had returned to her hotel room, which saw her collapse in bed after a long day of shooting.

Smiling, Ekin-Su said in the clip: “Guys, the best feeling is coming to a hotel room and looking forward to eating chocolate."

Showing off her tasty treats, she continued: "And more. I've just eating so much and I feel so happy. It's the small things in life." Ekin-Su’s upbeat video posts come after Davide appeared in a video to get into a car with the two blonde ladies after leaving youtuber KSI's boxing fight at the 02 arena.

While there seemed to be no signs of any romance shown between the trio, and another man could also be seen getting into the vehicle, neither Ekin or Davide have addressed the clip.

Ekin-Su instead was seen in her first clip posted following the obtained video visiting a gym at night in her hotel, as she discussed the impressive workout room.