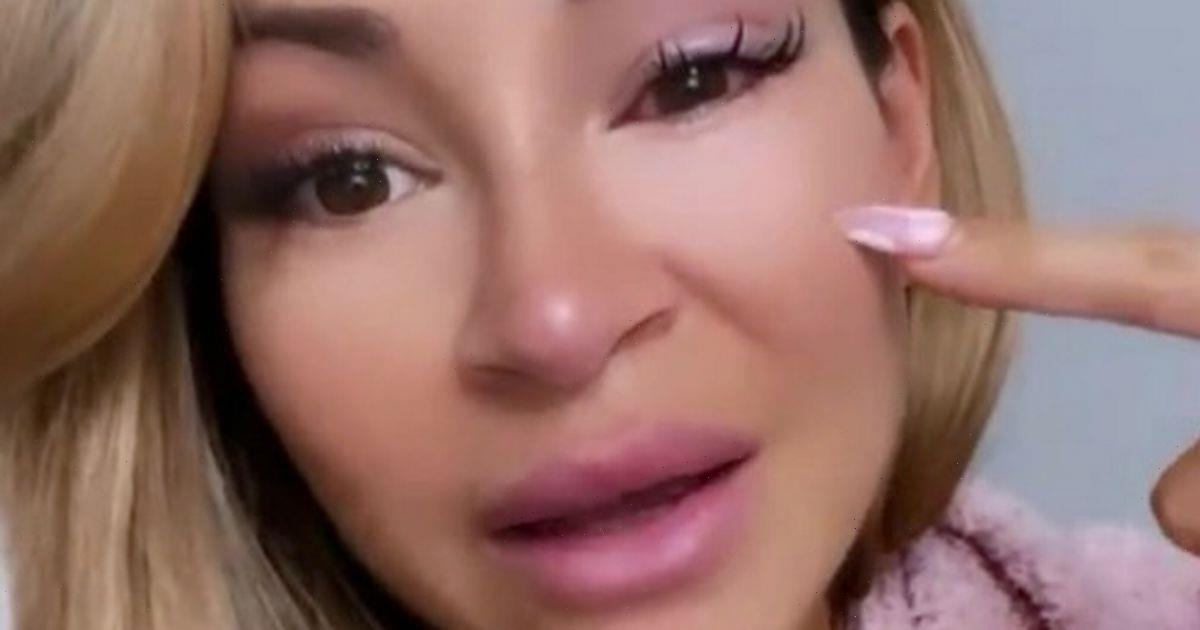 AJ Bunker has announced she had no choice but to go to hospital after her left eye mysteriously swelled up.

The 28 year old, who found fame on the popular ITV dating programme Love Island this year, took to her Instagram stories to share an update with her 89,700 followers after returning home.

Dressed in a fluffy pink gown with her blonde mane styled down, AJ told her fans: "I just wanted to do a quick story because I know I put a story up yesterday saying I was at hospital and a few of you have reached out to check I'm okay and to check what's happened.

"The reason I was at hospital yesterday was because of my left eye."

The reality star, who recently said Love Islanders get a down day but don't actually leave the villa during the show, then pointed to her eye to show how swollen and painful it looked.

She continued: "The good news is, this is me looking ten times better than yesterday, so I'm already on the mend I think.

"Sorry if I'm gonna be quiet on stories over the next few days. I'm just going to rest up and wear my glasses and thank you for everyone who reached out."

"Always appreciate all your love and support guys. But yeah, hopefully will be back to normal in no time," she added before blowing a kiss towards the camera.

AJ took part in the 2021 series of Love Island, but left early after failing to find love with any of the contestants.

Weeks later, she caught up with OK! while attending the Rise of the Footsoldier premiere alongside co-stars Amy Day and Rachel Finni.

Discussing a night out she had with some of the Love Island cast in September, AJ called out Hugo for his behaviour.

She told us: "We went on a night out with some of the cast the other week, and Hugo was on his phone the whole time. He didn't give us the time of day."

Amy, who recently had a few explosive rows with Hugo, added that he was "kissing everyone," to which AJ confirmed: "He was kissing everyone. He was being a club rat in front of me, Georgia and Amy.

"It's like, ok, you didn't want any of us girls but you'll go for some girl you met ten seconds ago in a club," AJ added.

Stay up to date with all the latest on AJ Bunker and other Love Island stars by signing up to OK!'s daily celebrity newsletter.