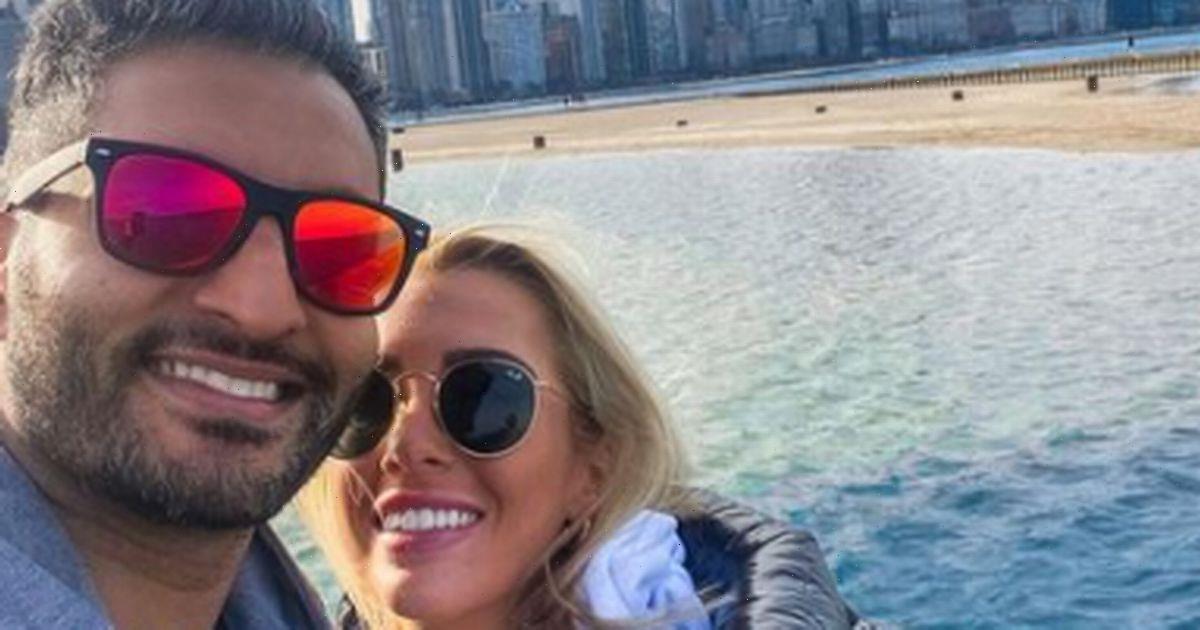 Love is Blind star Abhishek 'Shake' Chatterjee has debuted his new girlfriend on Instagram following a failed relationship on the hit show.

The reality star, 33, shared a selection of snaps of the pair to his 171k followers.

The first shows the couple smiling with the backdrop of Chicago’s skyline behind them as they appear to be aboard a boat. Shake is wearing a leather jacket with a grey hoodie underneath.

His new unknown girlfriend is blonde and wears a black puffer style jacket and she can be seen cosying up to her new man.

The vet shared a second similar snap where the mystery woman has her hands around Shake and gives him a kiss on his cheek as he grins for the camera.

Another snap shows the loved-up pair dressed up for a night out with Shake in a black long sleeved top and his girlfriend in a cross over blue strappy dress and her blonde locks tightly up in a half ponytail.

He also shares a short video where his girlfriend is putting looking in the mirror as she puts her hair up and Shake can be heard asking: “What’s on that sweatshirt?”

As she walks towards the camera he can be heard chuckling as he sees what’s on the sweatshirt and says while laughing: “OnlyFans”.

The reality star appeared to have a dig at his former fiancée as he captioned the post: “Good things come to those who w̶a̶i̶t̶ don’t settle” followed by a red love heart.

Shake recently said he was “not sorry” about his time on Love Is Blind, after fans slammed his treatment of Deepti Vempati on the show.

He got engaged to 31 year old information analyst Deepti on the Netflix series, where contestants get to know each from behind a wall before deciding whether to get engaged or not, despite never seeing their partner in person.

Although the couple fell in love in the pods, Shake came under fire after he made negative comments behind Deepti’s back in several scenes, including telling his friends and family that he wasn’t physically attracted to her.

However, the vet defended his actions and said he will not “pretend to be sad or sorry” in a video shared to his Instagram earlier this month.

Shake defended himself in the clip and said he "handled the situation as best as anybody in my situation could".

He added: "I think I handled the situation as best as anybody in my situation could."

For updates on all your favourite celebs, sign up to our daily newsletter here.