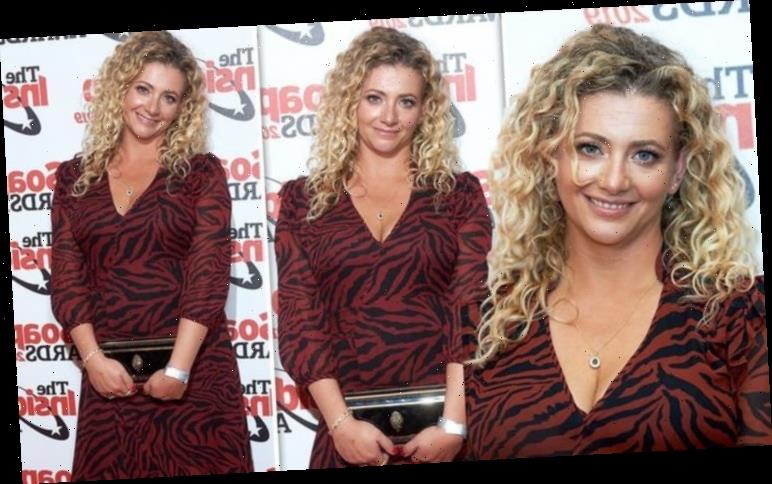 Emmerdale actress Louisa Clein, 40, turned heads as she confidently posed for cameras on the red carpet at the Inside Soap Awards 2019 this evening.

The Maya Stepney actress put on a busty display in a tiger-print burgundy and black dress which teased her assets.

Flashing the flesh further, the Emmerdale star also gave onlookers a glimpse of her well-defined pins.

The blonde beauty accompanied her look with black heels and a matching clutch bag.

Louisa beamed for pictures while holding the two awards she won at tonight’s ceremony.

Louisa’s character was recently arrested after her affair with the school boy, who is also her stepson.

The soap’s Flashbacks to the big night out episode was also voted as the soap’s Best Shock Twist. 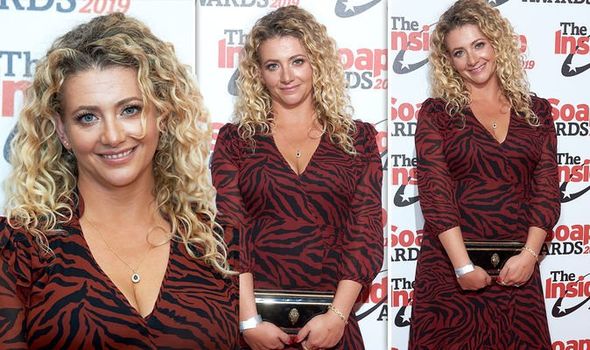 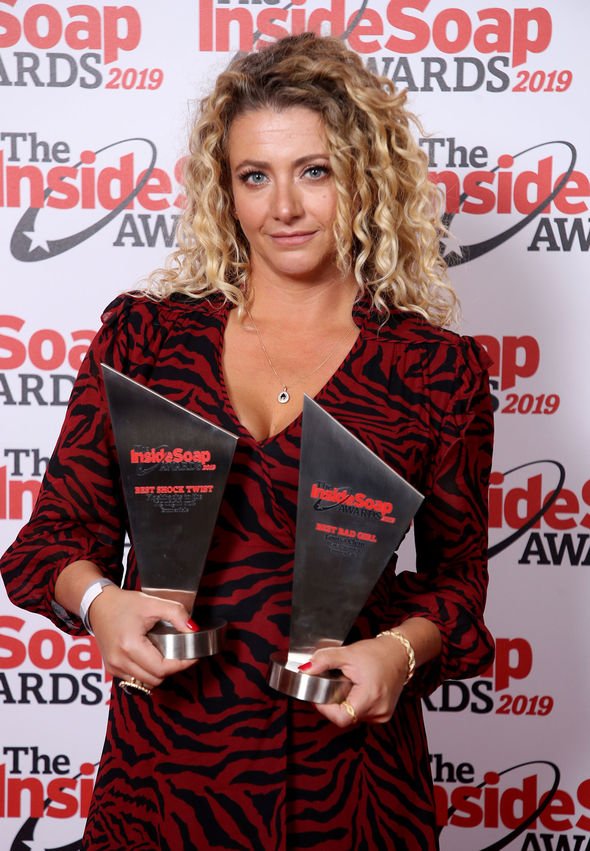 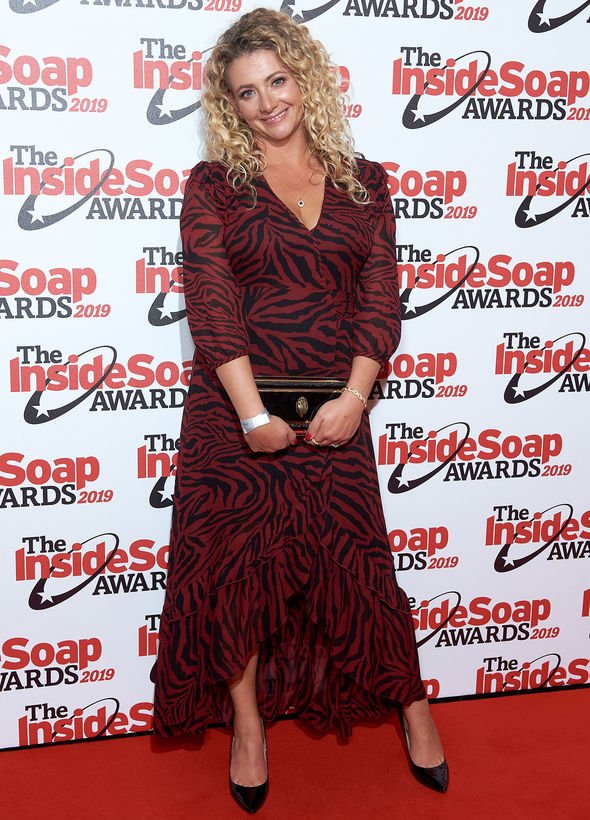 The actress left viewers in floods of tears in an emotional episode which saw her die following a terminal heart condition.

Aside from awards, various other soap stars stunned on the red carpet this evening. 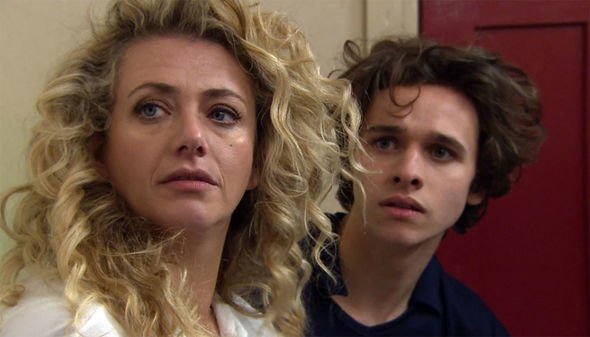 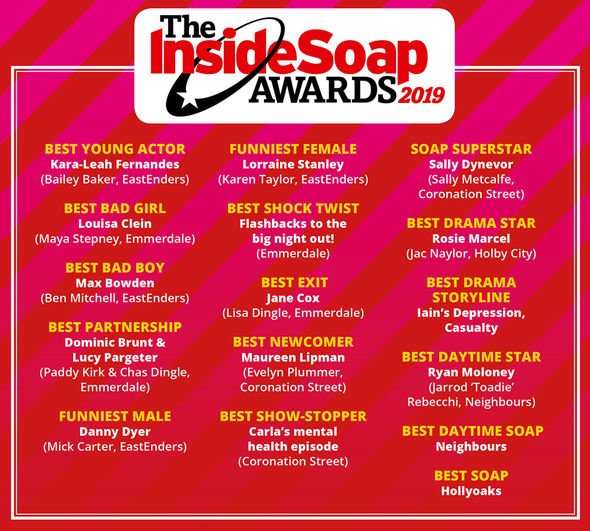 The actress risked a wardrobe malfunction in the racy attire which also clung on to her sensational physique.