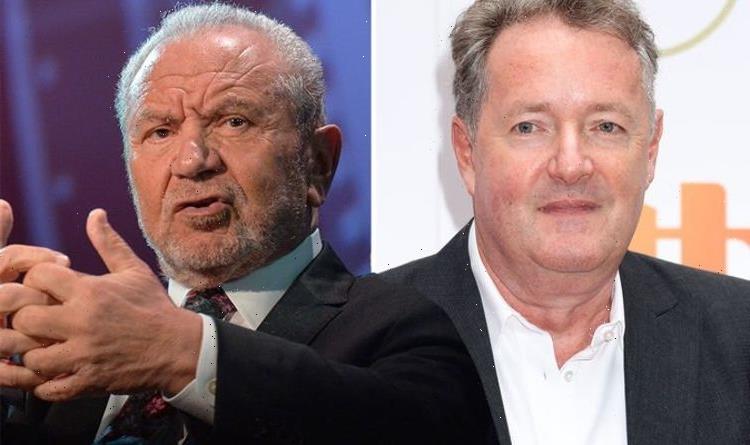 Lord Alan Sugar likened his rival Piers Morgan, 56, to an elephant, which didn’t go down well with some of his followers. The 74-year-old shared a video of the mammal having a mud bath at the Taronga Zoo in Sydney, Australia.

In view of his 5.2 million followers, he wrote: “@piersmorgan takes a shower.”

Twitter user Helen Taylor commented: “Lord Sugar, I think you have a great sense of humour.

“However, is this a tad too far? Fat shaming?”

GrumpyDad3 added: “That is being incredibly unkind to that poor Elephant.”

“You both are hilarious. Awesome to see friends interact playfully,” GlitterDWeb added.

MrsNJA1972 commented: “Have a day off Lord Sugar #OBSESSED.”

Today, The Apprentice creator sarcastically apologised after “getting stick” for the comparison.

He wrote: “I’ve been getting a bit of stick for this tweet, saying it’s rude and insulting. Fair point.

“I apologise to all elephants everywhere. @piersmorgan.”

Piers is yet to respond to Lord Sugar’s tweet, but it’s likely he will judging by their past exchanges.

The duo are no strangers to a war of words over social media, and previously in person.

Last year, the businessman couldn’t resist taking a swipe at Piers after he forgot to wear a mask in a taxi at the time when they were mandatory.

He was blasted for hypocrisy following his several arguments with politicians over their handling of the coronavirus pandemic on Good Morning Britain.

The ex presenter briefly failed to comply with Covid rules and later apologised for his mishap.

At the time, Lord Sugar tweeted: “Caught without a mask on @piersmorgan.

“What does he say ‘fair enough’ can you imagine the noise he would have made on @gmb if it was Boris or some other MP in the same scenario. BRUSHED UNDER THE CARPET DUAL STANDARDS.”

Piers explained on Good Morning Britain: “As I pulled away I realised what I had done – I had forgotten my mask. I do think masks matter and I got caught without one.

“I had two [masks] in my pockets but I was chatting to the paps!”