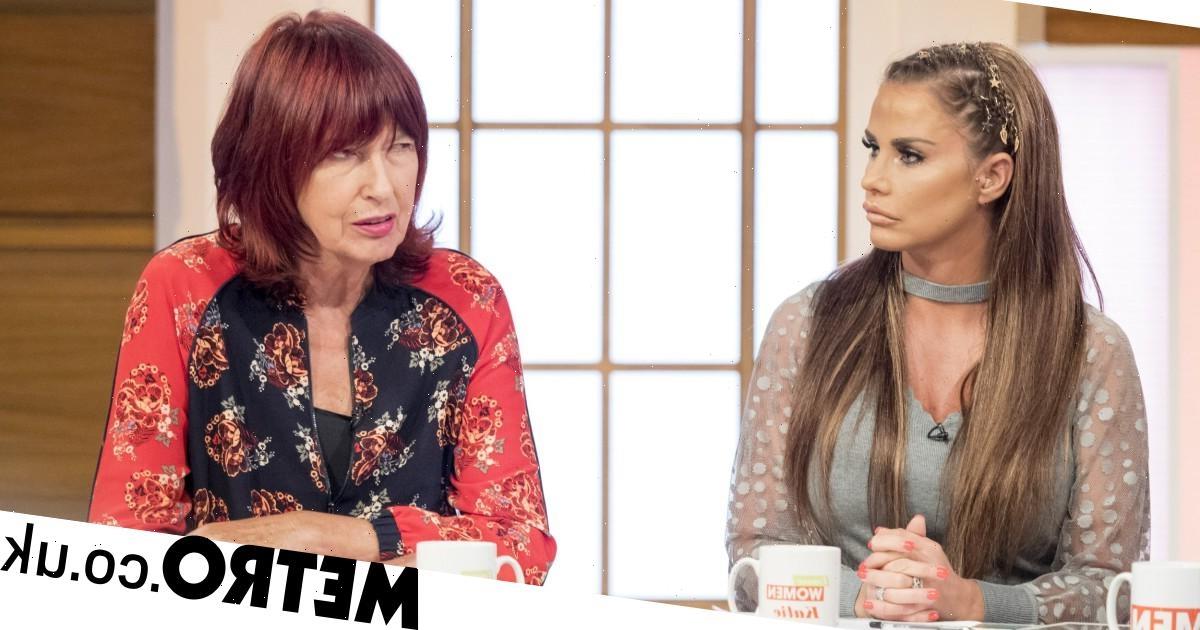 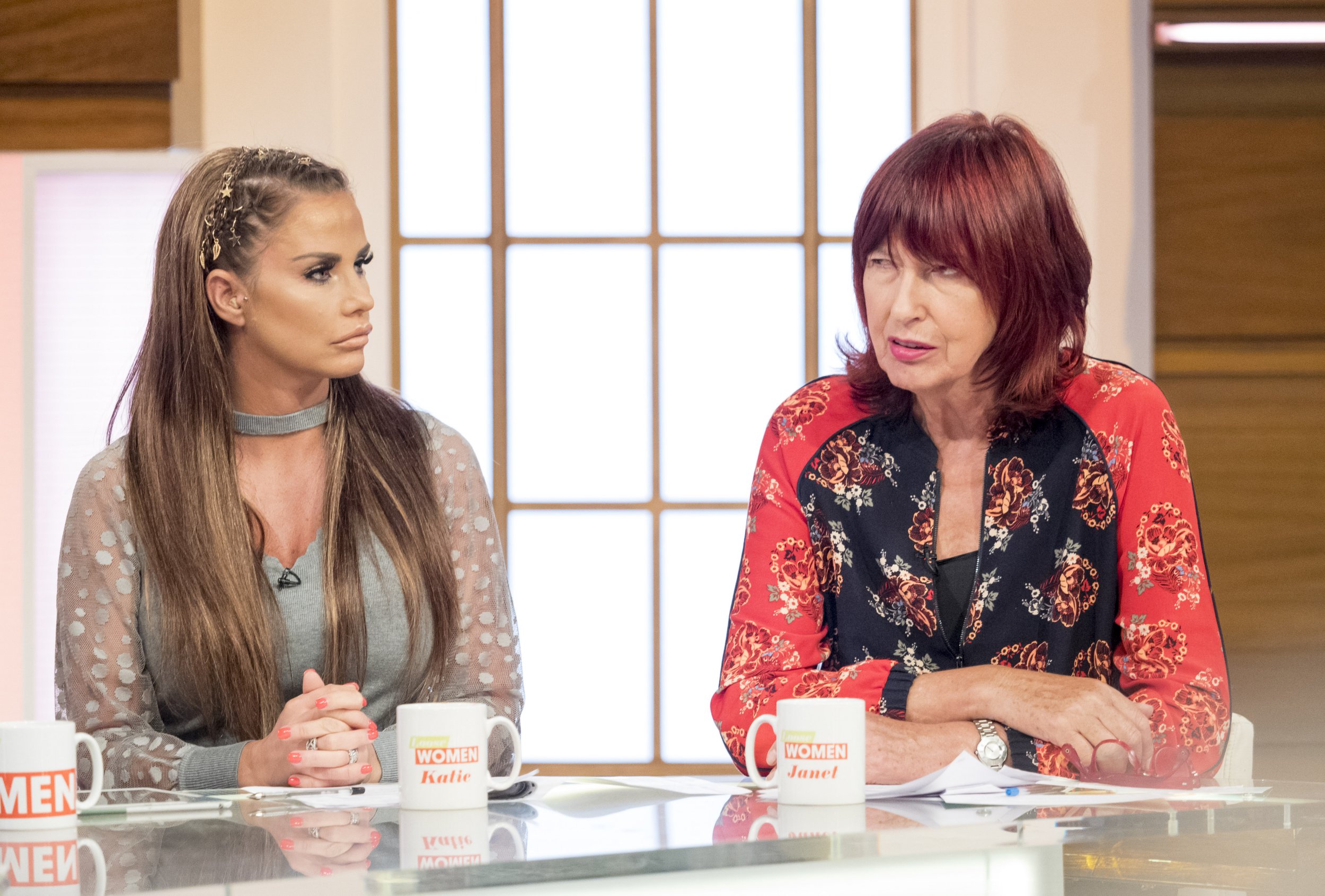 Janet Street-Porter has voiced her support for Katie Price following her arrest for drink-driving after she flipped her car.

While the Loose Women star, 74, doesn’t condone Katie’s actions, she spoke out in favour of her character after getting to know the former glamour model, 43, when she was a panellist on the show.

Katie had appeared in court on Wednesday where she pleaded guilty to driving under the influence of alcohol and cocaine while her license was still suspended.

She had overturned her car in the early hours of Tuesday morning and no other vehicles were involved in the collision.

Janet wrote in her column for the Daily Mail that Katie was ‘lucky to be alive’ after the crash, which came after she ‘reached a new low in a life that’s lurched from one disaster to another in the past two years.’

Noting Katie’s recent troubles with an alleged assault in August as well as her home, dubbed the ‘mucky mansion’, at threat of being repossessed to pay off her debts, Janet urged fans to look past the public persona at the real Katie.

She wrote: ‘Why would a mother (high on cocaine) get behind the wheel of a car at 6am to see a friend? Katie could have caused death and destruction and left her kids – two of whom were at home – without a mum. Katie must have felt desperately low.’

The judge had ordered Katie to get treatment at The Priory before her sentencing, which will take place in December, with her potentially facing a prison sentence.

Janet added: ‘In spite of everything, I can’t condemn this troubled woman, it’s too easy to sneer.

‘Katie Price deserves our love and our sympathy. God knows, when I first met her on the set of Loose Women, I couldn’t believe the entourage, the sycophants and the flotsam that surround her.

‘She’s like a ring master in a circus: the Katie Price Show. But beneath the mouthiness, the ghastly fake hair and the ever-changing breasts, the huge improbably white teeth and the garish synthetic clothing, lurks an incredibly lovely, caring, sweet person.’

Janet added that Katie is a ‘beautiful woman’ without make-up but is ‘never happy with how she looks’, leading to a string of plastic surgeries on her body and face.

The broadcaster also praised Katie as a mother, especially the way she has looked after her son Harvey Price, 19, who has complex special needs, believing it must be very difficult for her to be so far away from him.

Harvey has recently moved to a new residential college in Cheltenham and Katie revealed on Monday how tough the pair have found being separated.

She said on Good Morning Britain: ‘Harvey’s in Cheltenham now. He keeps ringing me saying, “Mummy I miss you, I need kisses and cuddles.”

‘So it is quite hard because obviously I don’t get my licence back till December, so I can’t just whizz in the car there, and it’s not close.’