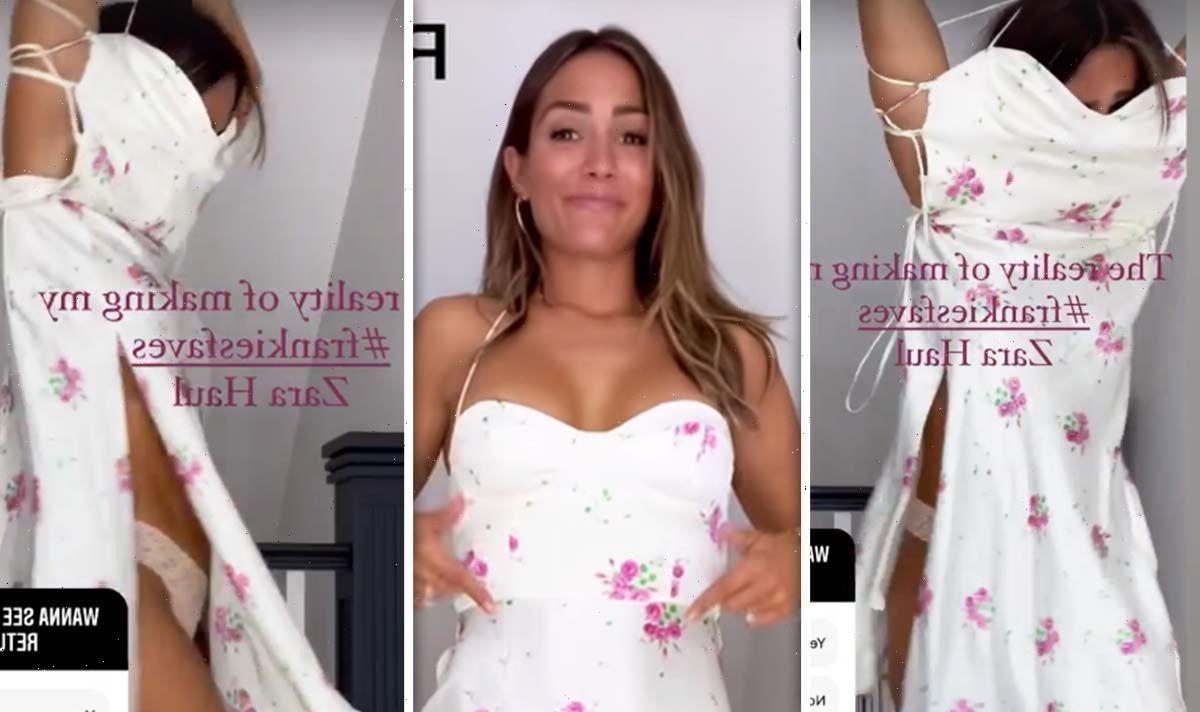 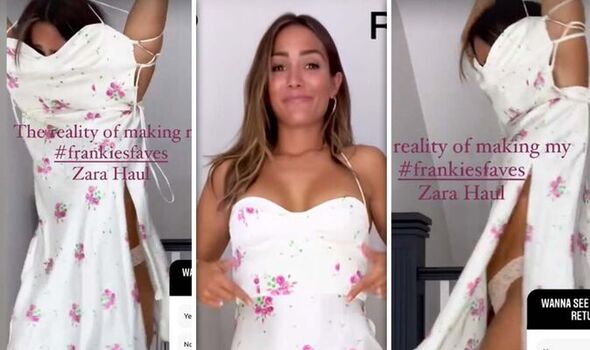 Frankie flashed her underwear and cleavage in a wardrobe malfunction video for Instagram.

Loose Women panellist Frankie Bridge, 33, suffered multiple outfit blunders as she filmed a clothing haul for her 1.5 million Instagram followers. First, she showed off a white, floral satin dress, but accidentally revealed her underwear while she was trying it on.

Frankie struggled to get the tie-up dress over her head and ended up walking around with her white thong on show.

She wrote in the caption: “The reality of making my #frankiesfaves Zara Haul.

Frankie’s problems didn’t end there as she tried on more outfits, including a green co-ord that was a little too low-cut than she had bargained for and her cleavage ended up on full display.

Frankie struggled to get the satin dress over her head.

Frankie ended up walking around with her underwear on show.

Frankie eventually got the dress on

Frankie was filming a clothing haul for her Instagram followers.

Frankie’s cleavage was on show in another outfit

Frankie showed off more than she bargained for in a low-cut co-ord.

Frankie’s green co-ord was a little too low-cut

The Loose Women panellist looked stunning but decided to return the outfit.