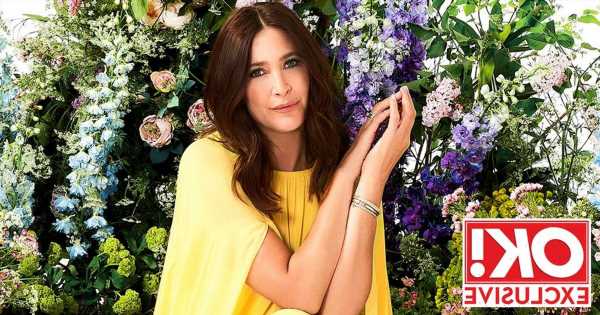 Lisa Snowdon has revealed how she was told to lose weight from her breasts when she broke out into the modelling industry as a teenager.

The Celebrity MasterChef star was working in Milan at the time when a model agent made the comment.

"Even at 19, I knew this was wrong. I was away from home and they wanted me to lose weight, and food is comfort for me.

“I was in Milan living with a roommate cooking pasta and going out for pizza. That’s when I first discovered latte macchiatos and brioches and sitting in cafés eating – that’s living!

"So I was like, ‘What am I supposed to do – be miserable and starve myself?’ That has never sat well with me.”

Lisa started modelling at the age of 17 after being spotted in a nightclub by a scout from top modelling agency Premier Model Management.

From there, she landed high-profile fragrance and lingerie campaigns and has gone on to host TV shows including Britain’s Next Top Model, came third in 2008’s Strictly Come Dancing and spent seven years presenting on Capital FM.

Lisa acted as the supermodel host on Britain's Next Top Model cycle 2-5 where she used her modelling career and skills to mentor a group of girls too the top. She was replaced by supermodel Elle Macpherson.

Prior to her modelling days, the presetner, 50, who lives in Essex with fiancé George Smart, was also bullied for being thin. Lisa says it helped her build an armour for what was to come in her career.

“I’ve got thick skin because I was bullied for being too skinny growing up," she says. "So once I started to fill out a bit I embraced that.

“I have always had a healthy attitude to food. I’ve never seen it as something I should not eat to punish myself.”

Lisa is starring on Celebrity MasterChef, which was as “intense” as it was fun, alongside Strictly Come Dancing’s Katya Jones, actor Ryan Thomas, TV presenter and actor Adam Pearson and drag performer Kitty Scott-Claus.

“I had to think twice before saying yes,” she admits. “It’s such an iconic show, I was really nervous, but I would have regretted it otherwise. I love eating, it’s one of my main pleasures in life, so if nothing else I knew I was going to learn some new skills.

“A few things went wrong, but it’s all learning isn’t it? Let’s just say nobody died!”

Celebrity MasterChef continues this week on BBC One and BBC iPlayer