Lionel Messi and Neymar, who played at Barcelona together for four seasons, shared the emotional moment after Neymar walked up to the champion to congratulate him on his first trophy win for Argentina.

Lionel Messi, 34, and Neymar, 29, gave fans a moment to remember after Argentina beat Brazil 1-0 in the 2021 Copa America final on July 11. The former teammates, who previously played Barcelona together for four seasons, shared a warm congratulatory hug that lasted for 30 seconds after Neymar walked up to Messi to show his support. It was a touching gesture that perfectly represented good sportsmanship and friendship, and fans are now reposting pics and videos of the hug all over social media. 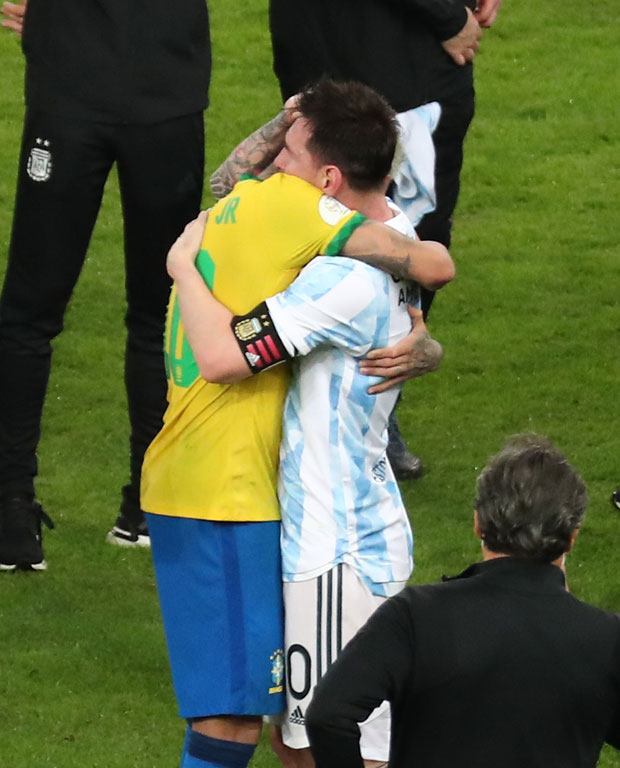 Messi and his team took home the trophy for Argentina in the Copa America final after Angel Di Maria scored a first-half goal. It’s the first time the country has seen a win in the final since 1993 and the first time Messi has won with his national team. The elated soccer player took to Instagram after the epic win to share his excitement with his followers. 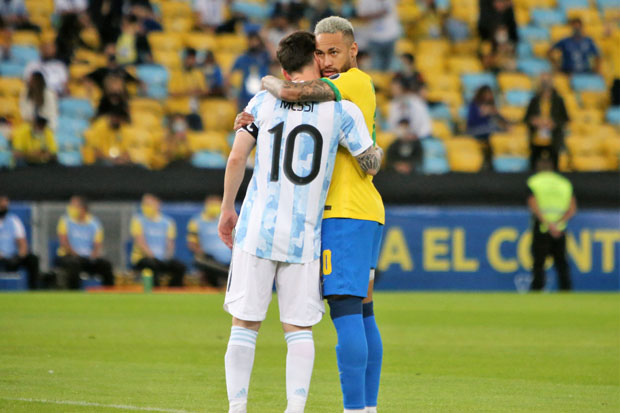 He posted various photos, including a smiling one of him with the trophy and one of him and some other players sitting in front of the trophy and holding up medals. “Qué hermosa locura !!! Esto es increíble, gracias Dios!!! SOMOS CAMPEONES LA CONCHA DE SU MADRE!!!!!! Vamossss carajooooo! #VamosArgentina,” he wrote in the caption of his solo pic.

Now that Messi and his team are champions, there’s been talk about Messi’s contract since he’s technically without a club after his deal with Barcelona expired. His Barca manager Ronald Koeman spoke with reporters about the “concerning” situation on Saturday.

“When everything is not right, you have to be concerned, but I have confidence in the president to solve this issue,” he said, according to The Mirror. “It is important for the club and for the league that the best player in the world remains. Everyone has to make an effort here. Laporta told me to be calm, that they are working on the issue and we are confident that he will be there for a few more years.”