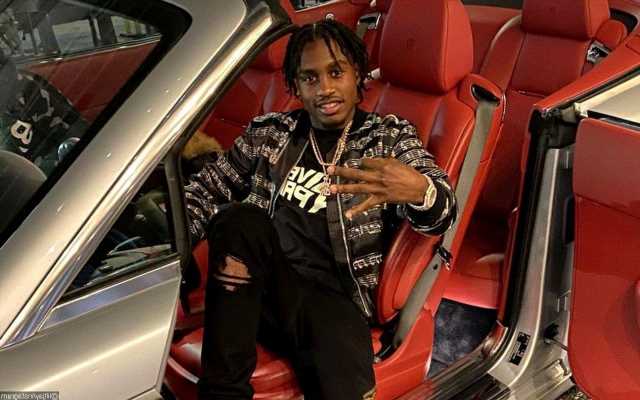 The ‘Run It Up’ rapper, whose real name is Tione Jayden Merritt, reportedly was shot in Edgewater, New Jersey in the early hours of Wednesday morning, June 22.

AceShowbiz –Lil Tjay is recovering after undergoing emergency surgery. According to TMZ, the “Calling My Phone” rapper is seemingly “doing better” now after he became one of the victims in a shooting which was not a random act.

The 21-year-old, whose real name is Tione Jayden Merritt, was reportedly shot in Edgewater, New Jersey in the early hours of Wednesday morning, June 22. Sources told the publication that there were two shooting sites, one at a Chipotle Restaurant and another at a nearby Exxon Gas station.

The Edgewater Police Department and the Bergen County Prosecutor’s Office confirmed on Twitter that one victim was upgraded from critical to a stable condition. The other, meanwhile, was rushed to the hospital with non-life-threatening injuries and is currently in good spirits.

Upon learning the news of the incidents, fellow emcee French Montana offered his prayers to Tjay by writing, “Pray for my lil bro lil Tjay.” His ex-girlfriend Rubi Rose also tweeted, “Pray for tjay.”

The ordeal took place after Tjay addressed his haters with Lil Baby’s previous post. The PSA, which he reposted on Instagram Story, read, “Just because you’ve been around a person doesn’t make you entitled to the fruits of that persons labor… Envy Is At An All Time High Be Safe Outchea.”

In December 2020, Tjay was arrested in Brooklyn, New York after police pulled over his car for a traffic violation. Officers reportedly caught a whiff of marijuana coming from inside the vehicle, and proceeded to conduct a search, which resulted in the discovery of four loaded handguns and a large stash of weed, according to TMZ.

No one claimed responsibility, so cops took them all into custody. Tjay has since been charged with criminal possession of a weapon, marijuana possession, and grand larceny, although the reason for the latter count is unclear.