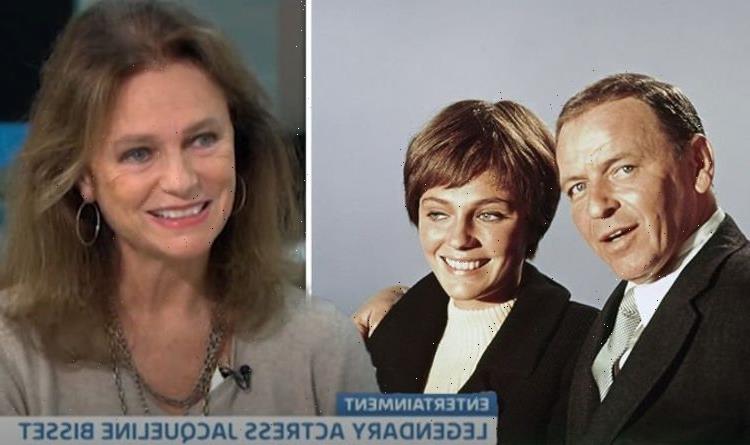 Hollywood star Jacqueline Bisset discussed her love life with Good Morning Britain presenters Richard Madeley and Ranvir Singh in a revealing interview. She explained that organising her memories according to who she was dating at the time helps her to keep track.

The actress starred in the 1968 film The Detective alongside the famous singer Frank Sinatra and has previously described being flown to New York to go on a date with him.

When asked if her days pictured with the rat pack member and other famous icons feel just like yesterday, she seemed conflicted.

She then went on to detail her rather unusual way of remembering the past.

“In a way I can only judge time now usually from my exes,” she explained.

“What year we were together and then from there [I think], ‘Okay, that period’.”

Jacqueline then explained how her relationships tended to come in cycles of seven.

“I’ve had a series of long relationships but they’ve usually had seven somewhere.

“One was 14, but anyway, he was in the first seven,” she said in reference to Frank Sinatra.

Jacqueline was only 24 when she landed the role of Norma MacIverin in crime film The Detective.

At the time, Frank was separating from his third wife, actress Mia Farrow, who was originally cast for the part.

Jacqueline has had a successful career as an international film star for nearly six decades, after being first picked out for her rare beauty that made her shine on the big screen.

She has worked with several famous directors, including John Huston, François Truffaut, George Cukor and even Roman Polanski.

Some of her most noteworthy films include Bullitt, Murder on the Orient Express and The Deep, where she starred alongside Nick Nolte, who she is also said to have dated.

In 1968 she received a Golden Globe nomination as Most Promising Newcomer.

The glamorous actress is now starring in Birds of Paradise, which is based on the 2019 novel Bright Burning Stars by A.K. Small.

It tells the story of two dancers at an elite ballet academy in Paris, who compete for a contract to join the Opera national de Paris.

Aside from her incredible acting credentials, Jacqueline is also godmother to Hollywood legend Angelina Jolie.