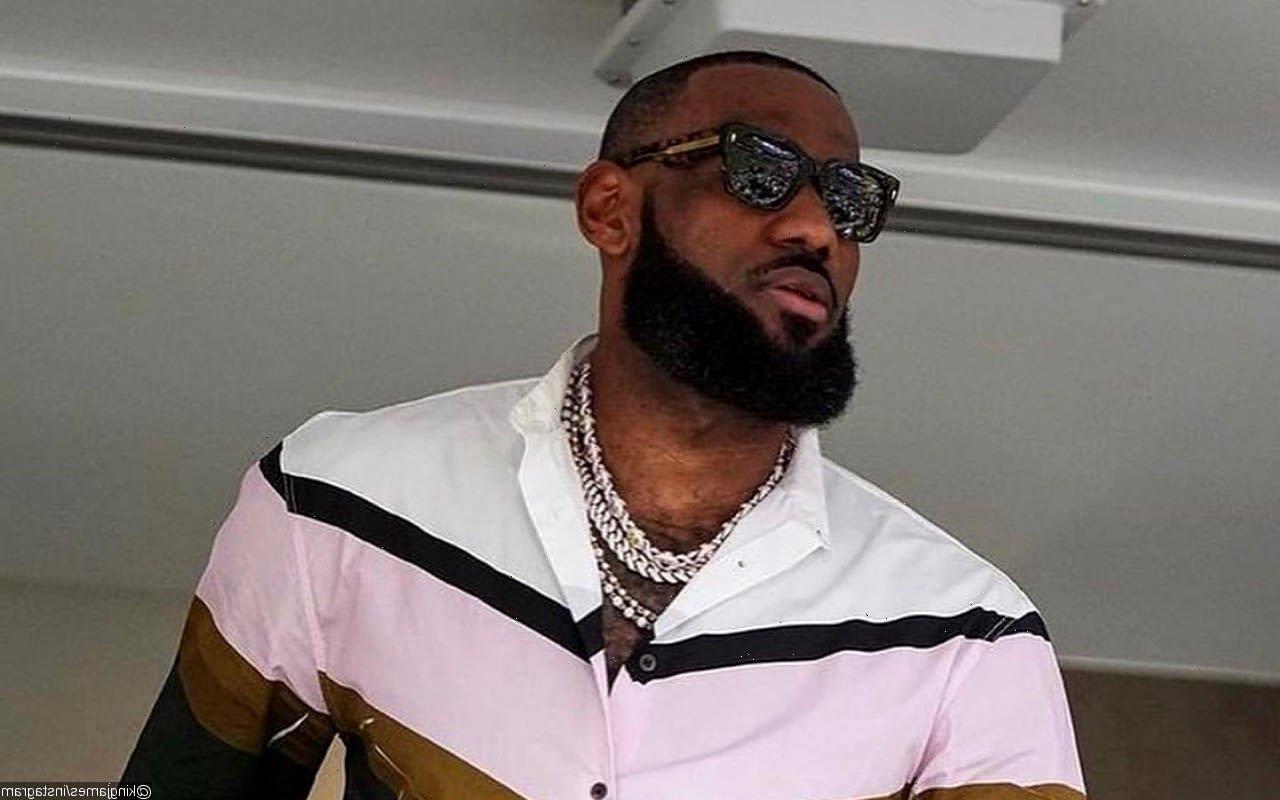 AceShowbiz –LeBron James was not happy with how things turned during a game against Philadelphia 76ers on Sunday night, January 15. Following Los Angeles Lakers’ 113-112 loss, James took to Twitter to slam NBA officials for missing the foul that Joel Embiid did during a one-on-one with his teammate Russell Westbrook.

On Monday, James let out his frustration over the matter. In response to a video showing that the 76ers did grab Westbrook’s hand on the final possession, James wrote, And all year they keep telling me to my face on the court, ‘I didn’t see it’ or ‘It wasn’t a foul’. It’s not making sense to me seriously! Frustrating as hell man! Anyways keep going Squad!” 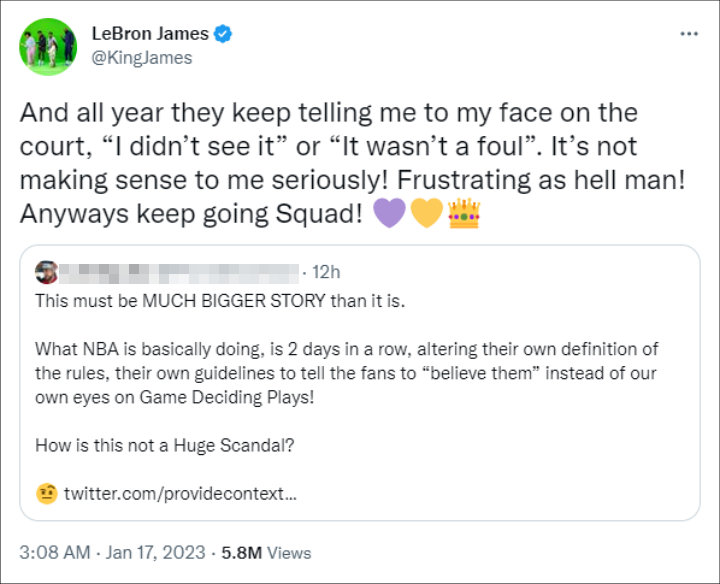 After the game, Westbrook also insisted that it was a foul on Embiid. “I couldn’t get my hand up to shoot because [Embiid] was grabbing it,” the Lakers guard said.

As for NBA, it stood by the decision. On Monday, the league released its Last Two Minute Report from the game which unveiled that the officials made the correct no-call. According to the League, “Embiid slightly extends his arm before retracting it and marginal arm contact occurs with Westbrook during the driving shot attempt.”

It’s the second straight game in which officiating has come into question for the Lakers. Prior to this, NBA raised some people’s eyebrows when Lakers had a double overtime loss to Dallas Mavericks on Friday. The Last Two Minute Report from that game showed that the officials missed a foul committed by Christian Wood at the end of the first overtime when James tried to do a layup.

James isn’t the only NBA player who criticized the NBA officials over its officiating. Back in November, Sacramento Kings guard Kevin Huerter accused the referees of officiating Kings games differently compared to every other team in the league. Ja Morant also slammed the officiating, saying referees have “too much power.”