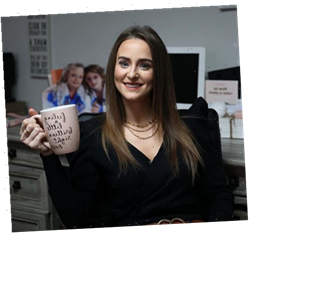 Leah Messer is aiming to inspire.

Even if some believe she has done so in controversial fashion.

The mother of three — who has starred for years on MTV’s Teen Mom 2 — came out with a memoir earlier this year titled “Hope, Grace, & Faith,” in which she unveiled some of her most personal secrets.

The most prominent of these secrets?

That she underwent an abortion many years ago.

Messer wasn’t honest about this procedure at the time, telling fans that she had suffered a miscarriage.

“I had very low self esteem at that point in my life and I 100 percent allowed others to control my decision making,” Messer previously told People Magazine of why she kept the abortion quiet.

Messer has a few regrets.

“Looking back, I wouldn’t have kept that a secret,” she tells Fox News. “

“I would have been the person that I am today and say, ‘You know what? This is where I’m at. This is what’s happening.’ And just be honest about it. It was a lesson learned, a hundred percent.”

The reality star acknowledged in this same interview that “abortion is a very controversial topic and it’s not something that I wasn’t exactly proud of.”

She said she felt “ashamed” back then and had “so much guilt and I couldn’t imagine someone else experiencing the same thing.

“And inside, for many years, that’s all I thought about.”

Leah also made it clear several months ago that her mother pushed for her to spread the miscarriage lie to fans and followers.

The incident took place in 2012, a year before her youngest daughter Adalynn was born.

“I couldn’t imagine anyone else experiencing the same thing,” Messer told People in April.

As for why Messer shared her painful experience?

She has said she hopes it will show other women struggling with a similar experience that they’re not alone.

And she also hopes her tale will prompt them to discuss this very difficult decision with their loves one.

Because everyone needs a support system, you know?

“That’s why I included it,” said Messer, addding;

“It was very hard to include it in my book, but I felt like I wasn’t being relatable if I just left that part out.”

Thankfully, Leah has heard only positive feedback from those around her.

She’s grateful for that.

“I’ve heard so many stories [from] many other women going through the same thing and feeling like they can’t talk about it,” says the MTV personality.

“So to know that I [did] that and they finally feel like they have a safe place to talk about it — I feel like that was my goal.

Learn more about it here: