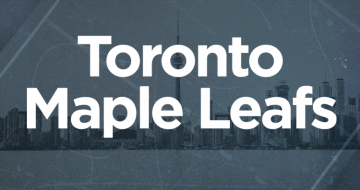 The teams also swapped minor-league forwards with Michael Carcone going to Toronto and Aaron Luchuk heading to Toronto. The Leafs also collected Columbus’ third-round selection in the 2020 draft, which Ottawa had previously acquired.

Toronto has been searching for some salary cap relief as it looks to re-sign star forward Mitch Marner.

Brown, 25, had eight goals and 21 assists last season. His salary cap hit next season is $2.1 million.

“We’re bringing in two highly competitive players that we like as long-term fits for our team,” Ottawa GM Pierre Dorion said in a statement. “Both are the type of true professionals who match with the culture we want to put in place here in Ottawa.

“Nikita is a physical right-shot defenceman who defends hard, fills lanes and blocks shots. Connor has scored 20 goals in the league and is excellent on the forecheck and the penalty kill.”

Harpur, 24, had one goal and four assist in 51 games last season.

Ceci is a restricted free agent. Harpur’s salary cap hit is $725,000 next season.

Luchuk split last season between the ECHL’s Brampton Beast and AHL’s Belleville. He had four goals and five assists in 27 games for Ottawa’s top farm team.

An undrafted free agent, the 23-year-old Carcone was signed by the Vancouver Canucks in July 2016. He spent parts of three seasons with the AHL’s Utica Comets before being dealt to Toronto last December in exchange for Josh Leivo.